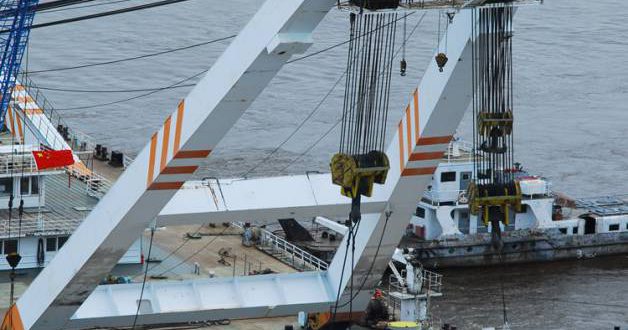 Russia. the world’s No. 2 oil producer. has become an unintended beneficiary of US sanctions after an embargo on Chinese ships drove up tanker freight rates. spurring record premiums for Russian crude that takes just days to arrive in North Asia.

Demand for key Russian oil grades sold in Asia has been strong in the past month after an attack on key oil processing facilities in Saudi Arabia drove up prices for spot crude while Asian refiners are processing more low-sulphur grades to meet shippers’ demand for cleaner fuels from 2020.

Soaring freight rates in the past two weeks prompted Asian buyers to bid up for cargoes that ship over shorter distances such as oil from Russia.

These factors pushed spot premiums for December ESPO Blend crude. loading from Russia’s Pacific port of Kozmino. to an all-time high of about $9 a barrel to Dubai quotes in two Surgutneftegaz spot tenders that closed on Wednesday and Thursday.

Surgut has issued its third tender to capitalise on the strong prices.

The spot premium for Russian Sokol crude also jumped to a five-year-high of about $9 a barrel to Dubai quotes as oil major Exxon Mobil Corp sold a December-loading cargo at that level in a spot tender that closed on Thursday. traders said.  Freight rates soared to new highs over the past couple of weeks after nearly 300 oil tankers. or 3% of the global fleet. were placed off limits as companies fear violating US sanctions against Iran and Venezuela.

“Russia’s Urals (crude) has been doing fine this year mostly thanks to sanctions against Iran and Venezuela and now ESPO has clearly benefited. U.S. sanctions really do Russian oil grades good.“ a Western trader said.

Although spot premiums for crude have risen across the board. Russian crude grades are being favoured by Asian buyers “mainly due to freight“. said a Chinese trader.

“Short-haul cargoes will be attractive.“ he added.

It takes four days to ship a cargo of ESPO crude from Russian’s Kozmino port to China’s Shandong port and three days to Japan’s Chiba port. according to data on Refinitiv Eikon.

The Russian cargoes are expected to head to Japan where refiners will ramp up output during fourth quarter to meet peak winter demand. traders said.

They added that uncertainty over Saudi light crude supplies after the attack is also supporting light crude prices.

Oil production at the world’s top exporter has rebounded back to 11.3 million bpd and was on track to reach 12 million bpd by the end of November. but some traders said it could take longer to repair the crude oil processing plants.

“Although the overall output is back it does not mean the supply of Arab Light and Arab Extra Light is back to normal.“ said an Asian refinery source.

“Some smaller refineries need to buy spot cargoes in advance to hedge the risks.“

Meanwhile. tankers that had been scheduled to install emissions-cutting equipment ahead of stricter pollution standards starting in 2020 have deferred their visits to the dry docks to capitalise on an unexpected surge in freight rates. three trade sources said.

US sanctions on subsidiaries of vast Chinese shipping fleet Cosco in September sparked a surge in global oil shipping rates as traders scrambled to find non-blacklisted vessels to get their oil to market. The rates for chartering a supertanker from the US Gulf Coast to Singapore hit record highs of more than $17 million and a record $22 million to China earlier this week. By comparison. prior to the sanctions. shipping crude from the US Gulf to China cost around $6 million-$8 million.

The extraordinary spike in freight rates proved too good to miss for some shipowners who were due to send vessels to the dry docks for lengthy retrofitting and maintenance work.

“We can confirm several owners have postponed dry docking earlier scheduled for the months of October and November to take advantage of the skyrocketing freight rates.“ said Rahul Kapoor. head of maritime and trade research at IHS Markit in Singapore.

The shortage of ships to move crude oil was so acute that some shipowners also switched from carrying so-called ‘clean’ or refined fuels like gasoline to ‘dirty’ cargoes that include crude oil. despite the costs of having to clean them later.

“Current rate levels are a no-brainer for pushing back scrubber retrofitting.“ said Kapoor.

Starting Jan.1. 2020. the International Maritime Organisation (IMO) requires the use of marine fuel with a sulphur limit of 0.5%. down from 3.5% currently. significantly inflating shippers’ fuel bills.