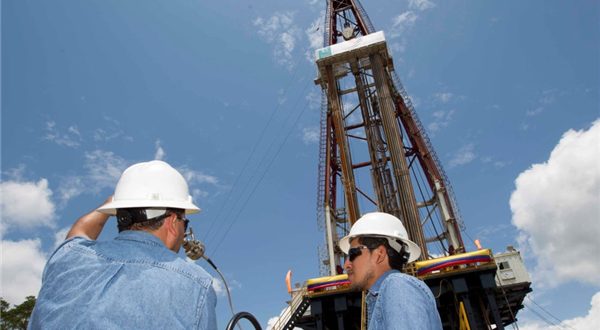 The Iranian Offshore Engineering and Construction Company (IOEC) is the second local company which has won exploration agreement with the National Iranian Oil Company (NIOC). as the country is showing more self-dependence in developing its oil industry after US sanctions.

The Offshore Engineering and Construction Co. (IOEC)`&gt.IOEC signed an initial agreement with the NIOC to explore oil and gas in block Bamdad in the Persian Gulf. the Ministry of Petroleum’s news outlet disclosed today.

The Offshore Engineering and Construction Co. (IOEC)`&gt.IOEC signed a memorandum of understanding (MoU) along with a confidentiality agreement with NIOC in Tehran. thrusting further into a field which until recently was a guarded area of the foreign jurisdiction.

This is the second exploration agreement awarded ever to a local company since an Iranian firm won a deal last year to explore and produce oil at block Toudaj in Fars province.

Under the new agreement. Offshore Engineering and Construction Co. (IOEC)`&gt.IOEC has undertaken to evaluate the geological. geophysical. and drilling information related to block Bamdad within a specified timeframe and. at the end. submit its assessment report along with technical and financial proposals for exploration operations in the block.

The exploration expenses for the Bamdad oil and gas block. with an area of 2.697 kilometers in the Persian Gulf. is estimated to amount to 75 million euros.

Exploration is the first step in the upstream oil and gas industry. which involves high risks. Iran’s inroads into a field strictly reserved for international energy giants is a sign of its private sector’s empowerment and maturity in the country`s most important upstream value chain.

Iran discovered a massive onshore gas field in the country’s South after a year of exploration. NIOC’s head of exploration Saleh Hendi said this month.

The find was made in a reservoir 3.900 meters below the earth’s surface. The site is estimated to house enough energy to power all homes in Tehran – a city of more than 12 million people – for 16 years.

Hendi also confirmed the discovery of new oil reserves in the southwestern Dezful region. first announced in August. In January. the country struck oil in Abadan. containing reserves of “very light and sweet“.

On Tuesday. the Oil Industries` Engineering and Construction OIEC signed an agreement worth 60 million euros with two other Iranian companies for local manufacturing of petrochemical machinery and equipment.

As per the deal. Machine Sazi Arak and AzarAb Industries will build necessary equipment for Kia and Dehloran petrochemical companies.

OIEC Managing Director Gholamreza Manouchehri said his company had so far awarded nearly $1 billion worth of projects to domestic suppliers.

OIEC. he said. is running the largest projects in the petrochemical. liquefied natural gas (LNG) and upstream sectors of the Iranian oil industry.

Sitting on some of the world’s biggest energy reserves. Iran’s oil sector is the primary target of the United States’ toughest sanctions ever. but Iranian Minister of Petroleum Bijan Zangeneh has said the country will stand high and resist.

Zangeneh said this month Iran was building a $1.8 billion oil pipeline to its port of Jask outside the mouth of the Persian Gulf as part of plans to protect its exports against potential problems in the region and to boost shipments of Caspian oil.

Last month. Iran`s Petropars signed a $440 million contract by to develop the Belal gas field in the Persian Gulf.

Zangeneh said then that in addition to Belal gas field. Iran planned to begin operation at Farzad B gas field this year and resume developing Phase 11 of the giant South Pars gas field.

The minister said this month China’s national petroleum company CNPC had pulled out of developing phase 11 of South Pars and the project had been awarded to NIOC subsidiary Petropars.

Despite US sanctions. the train of the oil industry development has not stopped … sanctions have not stopped us. we are alive. we are active and are making efforts for the sake of Iran`s oil industry. Zangeneh said in September.

According to the National Iranian Oil Company (NIOC). Farrokh Alikhani. deputy director of NIOC for Production Affairs. said on Wednesday. October 16. that the Petroleum Engineering and Development Company (PEDEC) handed over the project to Arvandan Oil and Gas Company which will be a turning point in the maturity of the two companies.

He said that the process to entrust the company with the project was a very difficult due to the multitude of contractors in the project. adding the hand over took place without any disputes between the two companies and could be used as a sample for further similar processes.

Development of the field is one of the priorities of the NIOC. Located in the West Karoon region. the field’s current production capacity is 120.000 b d.