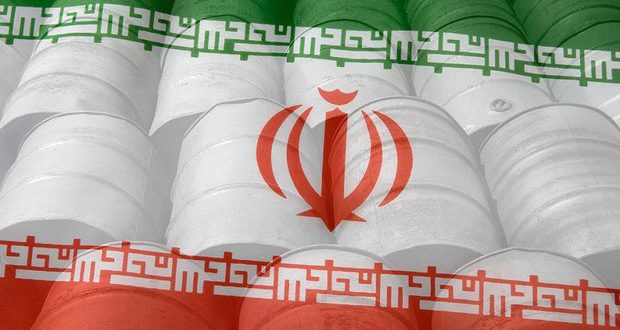 The Key to Iran’s Success in The Face of Sanctions 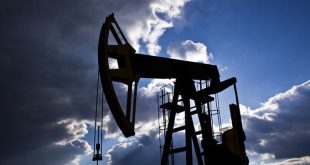 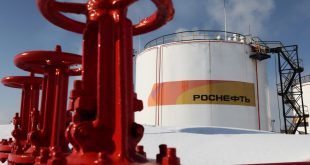 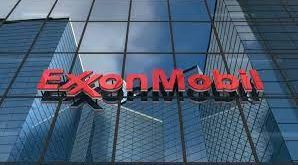 One of the most humiliating aspects for Iran of the last sanctions era was that it was dependent on the whim of the U.S. for gasoline just to keep its vehicles moving. Mehrdad Emadi. head of risk analysis and energy derivatives markets consultancy. Betamatrix. in London. told OilPrice.com. At the time that the new sanctions were introduced last year [by the U.S.]. Iran was absolutely determined not to be in the dependent position again. which is why it has pushed ahead so determinedly with the PGSR [Persian Gulf Star Refinery]. and why Iran is now not just self-sufficient for gasoline but is actually looking to ramp up its export capacity. he added.

According to comments last week from the chief executive officer of the PGSR (also more generically called the Bandar Abbas Gas Condensate Refinery). Mohammad Ali Dadvar. the plant earned US$100 million by exporting petroleum products in the just the first seven months of the current Iranian calendar year. which began on 21 March. Plans are afoot. though. to increase both the export volume and revenues within the coming 12 months or so. by initially increasing the PGSR’s output to 540.000 barrels per day (bpd) from the current 360.000 bpd. a figure that appears entirely realistic given the breakneck speed of the PGSR’s development to date.

The original plan involved a three-phase development. each designed to produce 12 million liters per day (ml d) of Euro 5 gasoline. plus 4.5 ml d of Euro 4 standard diesel. 1 ml d of kerosene and 300.000 litres per day of liquefied petroleum gas (LPG). To achieve these targets. the project’s developers were given a €260 million additional loan from the National Development Fund of Iran. as part of the estimated total cost for the three stages of approximately US$3.4 billion. Phase 1 was officially inaugurated only in April 2017. with the first shipment of gasoline delivered for distribution just one month later in June. and Phase 2 began producing Euro 5 standard gasoline shortly after its own official launch in February 2018. running at full capacity by the end of June that year. Phase 3 saw its official inauguration just a few months ago. although it has been basically operational for a few months prior to that.

Vital to its ongoing success is that the PGSR receives its gas feedstock directly from the nearby supergiant South Pars non-associated gas field. Despite various changes in foreign participants of various kinds in this enormous resource. South Pars’ gas production has continued to rise. in line with Iran’s short-term target of producing at least one billion cubic meters per day. This means that the PGSR is now being supplied with around 450.000 bpd of gas condensate feedstock from the South Pars gas field rather than the 360.000 bpd original target for the three official phases. This has allowed Iran to add the new Phase 4 (540.000 bpd target). which will also allow the plant to produce sweet naptha – rather than the previously produced lower value sour naptha – which has commercial applications and can also be utilized in a broader range of petrochemicals products production.

According to oil and gas sources in Iran spoken to by OilPrice.com last week. Tehran is working again towards its original plan for its gasoline sector. in anticipation for the time when U.S. sanctions are again removed. This plan was that within two and a half years from the Joint Comprehensive Plan of Action (JCPOA) being implemented (as it was on 16 January 2016) Iran would be supplying at least 10 percent of all of Southern Europe’s gasoline and diesel needs. and be the top producer of gasoline in the Middle East by a big margin by that point.

Becoming an export of gasoline was one key element of Iran’s plan to survive any new U.S. sanctions and the other is petrochemicals (petchems) production. This latter element has always been a key part of Iran’s ‘resistance economy’ model. which is basically the concept of generating value-added returns by leveraging intellectual capital into business development wherever possible.

According to a statement from Iran’s Petroleum Minister. Bijan Zanganeh. last week. even with the new U.S. sanctions in place. over 95 percent of Iran’s petrochemical companies can still cash in their petchems exports. More specifically. he added that Iran’s petrochemical plants are now supplying 66 million tons per year of petchems products annually and that new projects underway in the sector that will be on stream by the end of 2025 will bring the country’s annual petrochemical output to 130 million tons per year.

Central to this expansion has been the indigenization of foreign companies’ expert processes. technology. and specialized materials by Iran. and this remains the case. Just after the JCPOA was implemented. in fact. Iran’s Deputy Petroleum Minister for International Affairs and Commerce. Amir-Hossein Zamani-Nia. highlighted the necessity of this business co-operation model. saying: “Direct investment is highly favored by Iran’s petroleum ministry but before that. Iran’s oil industry is in need of technologies and project management.“ Since then. co-operation between Iran’s Petrochemical Research and Technology Company (PRTC) and the National Foundation of Elites and leading domestic universities to indigenize technically savvy methodology and engineering services has dramatically increased.

According to Iran’s National Petrochemical Company’s Planning and Development Bureau. over 21 petrochemical projects have been introduced to the Chinese. with a total initial development cost projected of nearly US$20 billion. while another 19 projects are to be financed by the National Development Fund of Iran (NIFI). with costs estimated at nearly US$6 billion. From the European side. prior to the U.S. sanctions being re-imposed. there was a flurry of offers to provide the latest technology to Iran. with the first deal being signed by Italy’s Maire Technimont for the construction of a petrochemical unit in Iran’s Pars Special Economic and Energy Zone.

Iran’s Petrochemical Research and Technology Company. for example. was in advanced talks with French firm Air Liquide to develop a 0.5 million tonnes propylene via methanol plant. Corollary deals for the purchase of associated technology from companies in Germany. Norway and Japan were also well-advanced. In a similar vein. German engineering giant. Siemens. for instance. had signed an agreement with Iran’s MAPNA Group that would allow the latter to acquire the technological know-how to manufacture the German firm’s F class gas turbines in Iran. prior to which Siemens was to have delivered two of these turbines to the Bandar Abbas power plant (which services the PGSR).

Given the U.S.’s apparent withdrawal from all Middle East interests. except – albeit tenuously. Saudi Arabia – Iran believes that it is only a matter of time before sanctions are loosened up. if not entirely removed by the U.S. Tehran also believes that even before this is effected by the U.S. European firms will re-engage with Iran. in the first instance in the petchems sector. In this context. last week saw a comment from the NPC’s Seyed Reza Ghasemi Shahri that the company’s recent participation in Germany’s K-Show – the largest exhibition in the plastics and polymer industries in the world – that Iran’s Persian Gulf Petrochemical Industries Company had made preparations for concluding several agreements with different companies. especially European ones.

Previous Saudi Arabia. US to Cooperate on Ensuring Security of Oil Deliveries
Next Saudis Are Ready to Do Deeper Oil Cuts. OPEC Minister Says