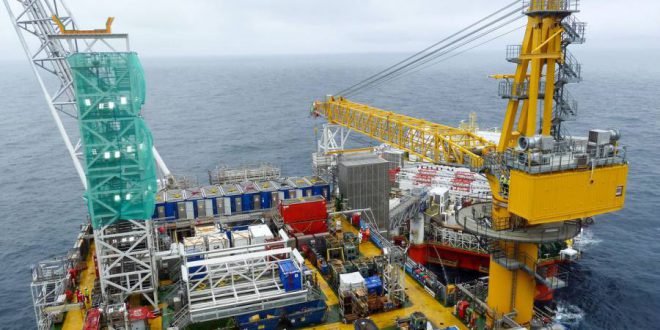 Oil fell on Friday but still ended the week higher after US President Donald Trump said that he was “very close“ to a trade pact with China. but warned that Beijing wants the deal more.

Meanwhile. the US dollar strengthened. diminishing the appeal of dollar-denominated commodities.

“What’s going to be important is any follow-through conversation or comments from the Trump administration regarding the trade deal and if there’s going to be anything to progress on that front.“ said Josh Graves. senior market strategist at R.J. O’Brien &amp. Associates LLC in Chicago. “There’s a lot of general skepticism right now.“

Oil has rebounded by about US$5 since early last month as fears of a potential global recession have receded. and on hopes for a breakthrough in the trade standoff.

Yet. negotiations between Washington and Beijing have taken longer than expected. and concerns that surging US supplies and constrained demand growth will unleash a new surplus have kept crude prices about 13 percent below this year’s peak.

“The first part of a trade war easing is yet to be agreed and has taken longer than expected. making markets fear that the deal would evaporate.“ Global Risk Management analyst Ltd Michael Poulsen said.

West Texas Intermediate (WTI) for January delivery fell US$0.81 to settle at US$57.77 a barrel on the New York Mercantile Exchange. The contract is up 0.09 percent for the week.

Brent for January settlement lost US$0.58 to close at US$63.39 a barrel on the London-based ICE Futures Europe Exchange. up 0.14 percent for the week

The global benchmark crude traded at a US$5.62 premium to WTI.

“We were weak all morning and this inability to hold US$58 is significant on a technical trading basis.“ said John Kilduff. partner at Again Capital LLC in New York.

Trump’s comments on China are “another negative concern for the market.“ he said.