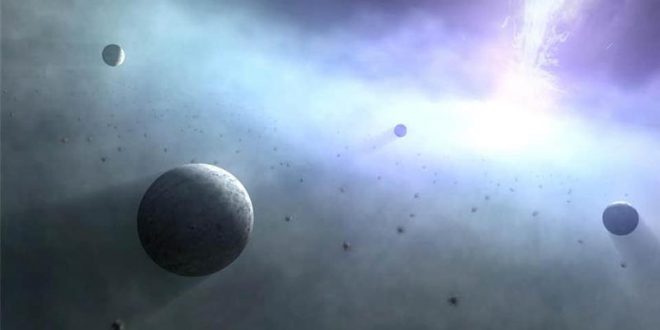 Thousands of Planets Could Be Orbiting around Black Holes

Researchers have long thought that planets are formed from pieces of fluffy dust that settle in a disc around a young star. Those protoplanetary discs then form into planets. like our own Earth.

But new research suggests that it might be possible for them to form not around their own sun but instead around a black hole. They might come into existence in far more extreme environments. new work suggests. and a black hole could be home to thousands of planets.

With the right conditions. planets could be formed even in harsh environments. such as around a black hole. said Keiichi Wada. a professor at Kagoshima University in Japan. The Independent reported.

Rather than exploring the normal protoplanetary discs. researchers looked at heavy discs around supermassive black holes that sit in the heart of galaxies. Those discs can be incredibly vast. and so could the planetary system that grows out of them.

Our calculations show that tens of thousands of planets with 10 times the mass of the Earth could be formed around 10 light-years from a black hole. said Eiichiro Kokubo. a professor at the National Astronomical Observatory of Japan who studies planet formation. in a statement. Around black holes there might exist planetary systems of astonishing scale.

Just one of the discs around a supermassive black hole can have as much as 100.000 times the mass of the Sun. in the form of dust. the researchers suggest. That is a billion times the mass of a protoplanetary disc.

That material could eventually form into planets. the researchers found. over the course of hundreds of millions of years.

There is no way of detecting such planetary systems around a black hole. and so no way to know for sure whether planets of this kind have yet formed.