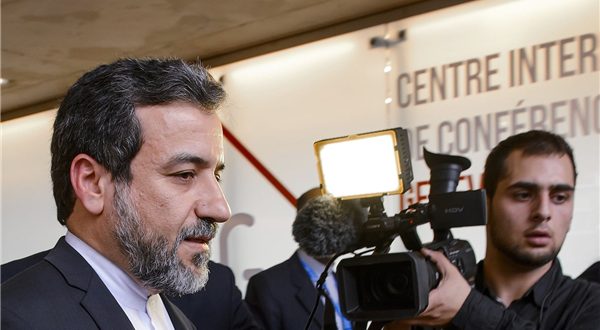 US Economic Shock Over. Iran to Run New Mechanisms with Friendly States

Iranian Deputy Foreign Minister Seyed Abbas Araqchi said that the negative effects of the US unilateral sanctions have been cushioned. adding that Tehran is going to use new mechanisms to bolster economic ties with friendly countries.

Although some shocks were imposed on our economic ties with partner countries after US withdrawal from the Joint Comprehensive Plan of Action (JCPOA). they have now subsided as we have found new mechanisms in our relations with our economic partners. especially with China. Araqchi said upon arrival in Beijing today.

New ways have been found [for economic cooperation] and we are returning to stable economic ties with China but it is necessary to remove some obstacles and raise bilateral economic relations to a higher level. he added.

He said that the trip is being made upon the official invitation of his Chinese counterpart for making consultations over the status of JCPOA. noting. from the beginning of negotiations over JCPOA. we have held consistent consultations with our Chinese and Russian friends and this trip is the continuation of such consultations.

Due to other parties’ failure to honor their commitments under the JCPOA. the deal is not in a good condition and Iran has not been able to gain its interests from the 2015 agreement. Araqchi said.

After Iran’s decision to reduce commitments to the JCPOA. more serious consultations are needed between Iran and its friends. he highlighted.

The Iranian diplomat pointed to next week’s meeting of the JCPOA Joint Commission. adding. It was necessary to review the agenda of the meeting with our colleagues in the Chinese Foreign Ministry and try to have a closer stance in the upcoming commission.

Araqchi will hold a meeting with Chinese officials on Sunday to confer on Iran Nuclear Deal.

Early in August. Iranian Foreign Minister Mohammad Javad Zarif reminded the White House that harsh policies against Iran. China and Russia will not serve Washington’s intention to reverse the shift in global power. advising American officials to stop worsening the situation around their country with isolating moves.

In two successive tweets on August 02. Zarif said the US cannot change the fact that global power is shifting in favor of Iran. Russia and China by resorting to sanctions and killing deals. advising Washington to. instead. adapt to the new realities on the world stage and stop isolating itself.

Early in July. Zarif said that Washington is no longer capable of paying the price to keep its status as the most powerful country in international relations. adding that the US economy is not as unrivaled as it was before and consequently incompetent to pay the price for American superiority.

Speaking on the sidelines of the National Day of Industry and Mining. Zarif told reporters that Europe is now after independence from the US in its economy because the US economy is no longer the unchallenged super economy of the world.

Late in May. Iranian Parliament Speaker Ali Larijani quoted Iran’s Supreme Leader Ayatollah Seyed Ali Khamenei as saying that US utilitarianism is in decline as it creates `international anomalies.

He added the creation of the ISIL terrorist group had roots in the US utilitarianism with the aim of destroying the Islamic nations.

Early in November. Top Military Aide to the Iranian Supreme Leader Major General Yahya Rahim Safavi asserted that the US` power is fading away and Washington is unable to win control over Iranians’ economy and fate.