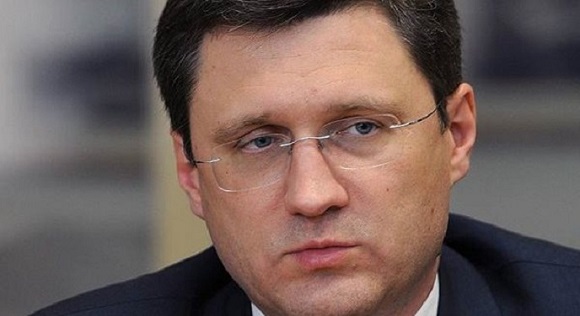 The exclusion of a light oil called condensate from Russia’s output target under the OPEC+ deal is not a loophole. but a way to bring the country in line with the rest of group. said Energy Minister Alexander Novak. At Friday’s meeting of the Organization of Petroleum Exporting Countries and its allies in Vienna. Russia was given permission to exclude the liquid hydrocarbon that condenses out of natural gas from its production target. The change brings Russia’s November oil output in line with its pledged cut. where previously it had fallen short. Novak denied the decision was a loophole that would give Russia an opportunity to pump more oil and still claim compliance with the OPEC+ deal because the oil nation’s statistics don’t publish separate crude and condensate volumes. “We have a very precise way to calculate our crude oil and condensate output field by field. crude variety by crude variety.“ Novak said in an interview with Bloomberg TV in the Austrian capital. “It is impossible to create a loophole.“ Russia has every means to reflect the breakdown in its data and will be transparent about the oil production levels with OPEC. analysts and media. Novak said. The country reached an agreement with OPEC on feeding data from its computerized oil-tracking system to the agencies monitoring the group’s output. he said. Russia. one of the architects of the OPEC+ deal. has consistently failed to comply with its pledged output cut this year. Last month. Novak said one of the key hindrances was rising production of condensate from new natural gas fields. The nation includes condensate in the total oil production volumes. while its OPEC partners do not. At the Vienna meeting. OPEC+ agreed to reduce its output target by 500.000 barrels a day in the first quarter.  Russia’s cuts target will be deepened by about 70.000 barrels a day. bringing its total obligation for crude-only supply curbs to some 300.000 barrels a day. The new rules on condensate will help Russia achieve full compliance with its pledges. Novak said. Already in November. if condensate had been excluded. Russia’s crude-only daily cuts reached some 232.000 barrels. more than required under the OPEC+ deal. Novak said. The nation is determined to deliver the pledged cuts in full in the first quarter. even as low winter temperatures in Siberia. Russia’s main oil region. make supply reductions difficult. Novak said.