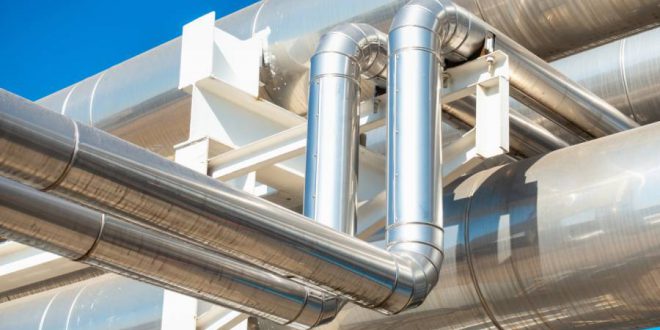 Nord Stream 2 Sanctions Will Be Included in US Defense Bill

The United States has been consistently trying to undermine the Nord Stream 2 project. threatening everyone involved with sanctions while promoting its own liquefied natural gas on the European market.

US sanctions against the Nord Stream 2 natural gas pipeline from Russia to Germany have reportedly been included in a must-pass defense bill. the media outlet Bloomberg reported. citing two sources familiar with the legislation.

According to Bloomberg. the sanctions. which will apply to companies involved in the construction of Russian energy company Gazprom PJSC`s pipeline project. are modelled after a bill submitted earlier this year by Senators Ted Cruz and Jeanne Shaheen.

The sanctions will reportedly target the vessels and executives of the companies involved in laying the pipeline. which could lead to the blocking of their US-based property and visa denials. The future measures. which are attached to the National Defense Authorisation Act. or NDAA. are assigned to force a standstill in the construction of the Nord Stream 2 pipeline. a Senate Republican aide said. as quoted by Bloomberg.

The report comes after Texas Republican Ted Cruz stated earlier this week that the project was within 60 days of completion. Russian Energy Minister Alexander Novak said last month that

On 3 December. US Under Secretary of State David Hale stated that Washington may resort to sanctions to stop Russia’s Nord Stream 2 pipeline if its diplomatic campaign to persuade European leaders fails.

The pipeline is expected to bring an annual 55 billion cubic metres of Russian natural gas to Germany and Central Europe. bypassing the traditional route through Ukraine and Poland. Ukraine. which stands to lose billions of dollars in transit fees. has described the project as a threat to European energy security.

In May. US Senators Jim Inhofe and Jack Reed said in a joint press release that the US Senate Armed Services Committee had approved a national defense budget of about $750 billion for the fiscal year 2020. including $22.6 billion for national security programmes  within the Department of Energy. In addition. the NDAA authorized $69 billion for Overseas Contingency Operations.

The lawmakers want to pass the NDAA before Congress is scheduled to leave for its holiday break on 20 December.