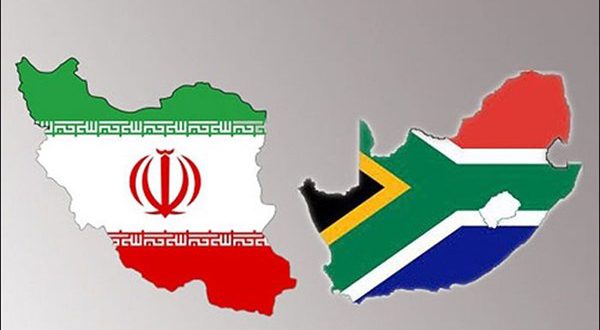 Iran and South Africa are enjoying very close political ties that can lead to significant rise in their bilateral trade. Vice-Chairman of Iran’s Chamber of Commerce. Industries. Mines and Agriculture (ICCIMA) for International Affairs Mohammad Reza Karbasi said. adding that the two countries are going to form a joint committee to contribute to this purpose.

In tandem with political ties of the two countries. it is expected that economic relations between Iran and South Africa will improve. Karbasi emphasized.

He put the value of Foreign Direct Investment (FDI) in South Africa in 2018 at over $135 billion.

Unofficial statistics put trade volume exchanged between Iran and South Africa in the first six months of the current year (from March 21 to Sept. 22) at $43 million. showing a 59% hike as compared to last year’s corresponding period.

In October. in a meeting with South African Ambassador to Iran Vika Mazwi Khumalo. Iranian Parliament Speaker Ali Larijani announced that Iran has paved the way for investment by South Africa in its development projects.

We have facilitated the investment procedures for South African investors in a bid to provide a jump in economic cooperation between the two countries. Larijani added.

He underlined that South Africa is an effective country in Africa. and said. “It should be a pioneer in developing trade relations with Iran.“

Khumalo. for his part. underscored the importance of reinforcing relations between the two countries. and said that the recent joint economic commission meeting has resulted in signing new bilateral agreements.

The South African envoy described relations between Iran and South Africa as strong and fruitful. saying developing banking cooperation is the prerequisite for promoting economic relations.

Holding various exhibitions in Iran and South Africa is significant for finding capacities of both countries concerning developing cooperation. the diplomat said.

Early in March. Iranian Deputy Foreign Minister for Political Affairs Seyed Abbas Aaraqchi visited South Africa where he met with a number of officials of the African country including Speaker of the National Assembly of South Africa Baleka Mbete.

Cooperation in the political and economic arenas was among other issues discussed during the Thursday meeting.

Mbete. for her part. underlined significance of bilateral relations and highlighted South Africa’s readiness for promoting economic cooperation with Iran.