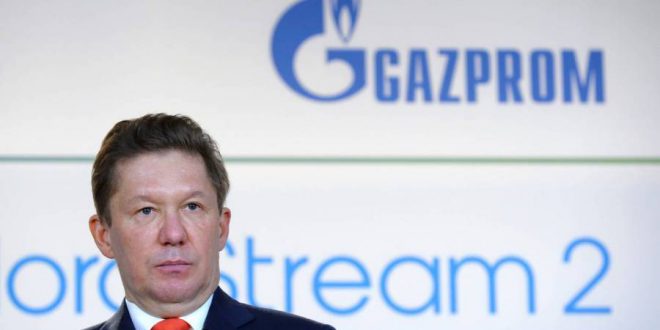 The Power of Siberia gas pipeline. which has started delivering gas from Russia to China. is the basis for developing gas transportation system in East Siberia and the Far East. Gazprom CEO Alexei Miller said in a program `Moscow. Kremlin. Putin` on Rossiya-1 TV channel.

`First of all. the Power of Siberia is the pillar of the entire gas transportation system and its development in East Siberia and the Far East.` Miller said. `We have chosen the gas pipeline’s route to ensure that it can reach as many settlements as possible.`

On Monday. Russian President Vladimir Putin and Chinese leader Xi Jinping launched the Power of Siberia via a TV link-up. The pipeline will transport gas from fields in East Siberia to the domestic market and for export to China. In May 2014. Russia’s Gazprom and China National Petroleum Corporation (CNPC) signed a sales and purchase agreement for gas to be supplied via the ‘eastern route’ (Power of Siberia gas pipeline). The total price of the contract on annual supplies of 38 billion cubic meters of gas to China amounted to $400 bln. The gas pipeline’s total length is about 3.000 km.