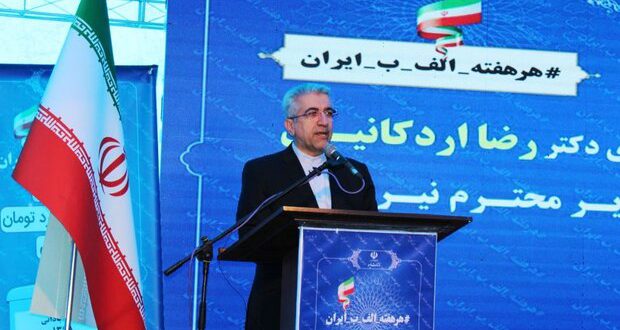 10 Large Dams to Come on Stream by Yearend

Iranian Minister of Energy Reza Ardakanian said that 10 large dams will become operational before the termination of the current year (to end March 20. 2020).

He made the remarks in the inaugural ceremony of Abivward Dam in Dargaz. Khorasan Razavi province and added. planning was made for the inauguration of these number of projects in the second half of the current year within the framework of Campaign entitled A. B. Iran.

He went on to say that 3.000-megawatt new power plants will be inaugurated in nine provinces of the country. adding. irrigation and drainage network system will be launched on 26.000 ha land area by the end of the current year.

Elsewhere in his remarks. Ardakanian said that US unilateral sanctions have targeted Iranian people. damaging independence. freedom and security of the country as well.

We are convincing the world that these sanctions imposed against the country have jeopardized peace and security in the world. he added.

The second phase of Tehran'.s 7th water treatment plant was inaugurated in Pakdasht on Tuesday in the presence of President Rouhani.