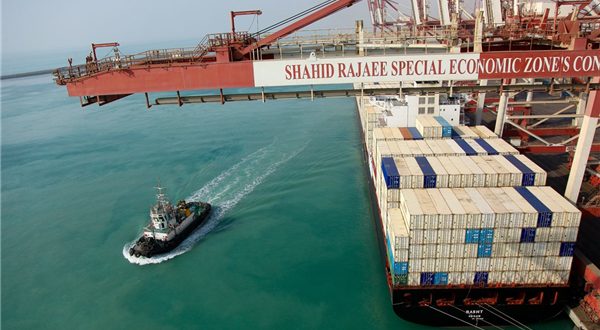 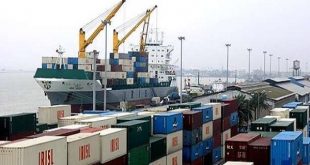 Head of the Trade Promotion Organization of Iran (TPO) Hamid Zadboum said that his country’s success in exporting non-oil exports despite banking restrictions imposed by the US is astonishing. adding that exporters have brought home 70% of the hard currency earned through exports.

Iran`s exports in the current circumstances are astonishing … Difficulties faced by the Iranian exporters are not comparable to those of peers from other countries. said Zadboum on Tuesday. adding that the value of shipments from the country has hit $28 billion in eight months. a figure he describes as astonishing given the pressure of the American sanctions on countries engaged in trade with Iran.

He added that exporters had managed to bring back more than 70 percent of the hard currency earned for the shipments despite the banking restrictions imposed by the US.

Zadboum also said that intermediate goods. including metal products and petrochemicals. had accounted for around 70 percent of Iran’s export to other countries in the eight-month period ending November 21. 2019.

That remarks come as Iran is speeding up efforts to diversify its economy away from oil as normal crude sales have fallen significantly as a result of the American sanctions.

Authorities say exports excluding crude should double next year to reach nearly $50 billion to compensate for the losses suffered in direct oil exports.

Zadboum said the government was introducing major incentives to help increase the exports. including low-interest loans and credits that could compensate the exporters if their settlements with foreign parties are affected by the sanctions.

He said a major focus of Iran’s exports next year would be on two neighboring countries of Turkey and Pakistan. where Iranian products have a competitive advantage in the markets.

The TPO chief said that the total value of imports into Iran between March and November 2019 had stood at $28.3 billion.

On Saturday. Deputy Head of the Islamic Republic of Iran Customs Administration (IRICA) for Management Development Affairs Ahmad Zakeri said that new figures show that the value of the country’s non-oil exports in the first eight months of the current local calendar year (March 21-Novomber 22) has exceeded the value of imports in the same period.

He further noted that production boom in the country and high volume of exports indicate that sanctions imposed against the country have not affected the economic activities of the country.

Last month. Iranian Vice-President and Head of the Management and Planning Organization (MPO) Mohammad Baqer Nobakht said that his country is after accomplishing an objective of increasing non-oil exports to 15 neighboring countries by two-fold to counter the US bans on its oil sale.

Based on the targets set. we (have to) bring the non-oil exports to $48 billion from the $24-billion that we currently have. he said. adding that setting the target had been agreed earlier in the day in a meeting involving high-profile government officials.

Iran has been under a series of US sanctions since last year when Washington unilaterally withdrew from an international agreement on Tehran’s nuclear program.

The sanctions have specifically targeted the sale of oil as the United States seeks to force Iran to change its position on key foreign policy and security issues.

Authorities in Tehran admit that sanctions have affected Iran’s exports although they insist the bans have caused a boom in other sectors of the economy.

Bulk of Iran’s non-oil exports. especially those shipped to 15 neighboring and near countries. consists of petrochemical products derived from oil.

The new target set for exports mainly relies on a massive expansion of Iran’s petrochemical sector over the past few years. Authorities said in September that petchem exports would increase nine-fold to reach $93 billion in 2025.

Early in November. Governor of the Central Bank of Iran (CBI) Abdolnasser Hemmati in an Instagram post said despite the United States` growing sanctions against Iran. his nation`s economy is moving forward in areas of trade. including both oil and non-oil exports.

The CBI governor noted that the US has imposed new sanctions on imports and exports in construction sector. adding that the US together with 6 regional states has sanctioned 25 individuals or entities.

Last month. President of Iran’s Trade Promotion Organization Hamid Zadbum announced that Iran’s non-oil exports had witnessed a 22.5% increase in terms of weight in the first half of the current local calendar year (March 21-August 21) compared with the corresponding period in the last year. showing a steady rise in resistance against the United States` economic sanctions.

Iranian exports saw a rise of 22.5% in weight in the last six months (March 21-September 21) in comparison to the same period last year. said Zadbum in the central city of Kashan.

He mentioned that Iran’s machine-made carpet exports are gaining in value and weight. noting that the country is trying to regain the lost market to other international competitors.