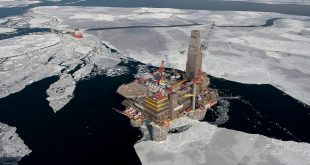 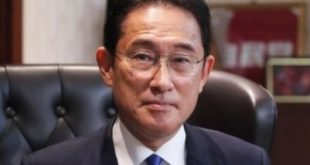 Italian energy company Eni pledged on Friday to reduce its oil production from 2025 and slash its greenhouse gas emissions by 80% and in one of the most ambitious clean-up drives in an industry under pressure from investors to go green.

The plan announced by Chief Executive Claudio Descalzi comes amid pressure on Eni to cut carbon emissions faster and also comes just weeks before the Italian government decides whether to reappoint the veteran oil man.

Eni plans to boost its oil and gas production 3.5% a year until 2025 but then progressively cut back. mainly on crude. to ensure natural gas. which emits less carbon when burnt than oil. made up 85% of its overall output by 2050.

“The result will be a portfolio that is more balanced and integrated and will be stronger for its adaptability and competitive shareholder remuneration.“ Descalzi said.

Descalzi. who ran Eni’s exploration division before becoming CEO in 2014. is under pressure to prove he can shift the company towards cleaner sources of energy without inflicting too much damage on profitability.

Senior political sources told Reuters earlier this month the government. which owns 30% of Eni. was leaning towards giving Descalzi a third term – provided he works with a new board to speed up efforts to cut carbon emissions.

Under its new plan. Eni is aiming to cut its greenhouse gas emissions by 80% by 2050 in absolute terms. including emissions from refined products such as diesel or petrol when they are used by customers to drive cars. for example.

While rivals such as Britain’s BP and Spain’s Repsol have also included emissions from the use of their products in carbon targets. Eni went one step further.

It is including refined products made from oil and gas from third parties. as well at its own production which it says will grow as a percentage. while rivals have only pledged to cut emissions from barrels they have pumped out of the ground.

Others. such as Total and Royal Dutch Shell. have focused on cutting the amount of carbon emitted by each unit of energy they produce. Technically. that means their headline target measures could fall even though their absolute emissions rise with increased production.

Oil and gas producers are feeling the heat from shareholders and environmental activists to cut emissions to meet the 2015 Paris climate goals with big institutional investors looking increasingly to green credentials to steer investments.

In a research note. Citi said as major European energy companies raced each other to be seen as the most sustainable. there was a risk some could commit to targets that end up being a rod for their back.

“Eni is maybe now in that camp.“ it said.

Descalzi said the reduction in Eni’s carbon footprint would be driven by having more gas in its portfolio. converting refineries to bio fuels. and forestry and carbon capture.

It said it would capture at least 5 million tonnes of CO2 per year by 2050.

For greenhouse gas emissions it cannot mitigate in other ways. Eni foresees using a reforestation offset programme whose scope would reach about 30 million tonnes CO2 a year by 2050.

Eni’s emissions including products sold came to about 252 million tonnes of CO2 equivalent in 2018. according to Refinitiv Eikon data.

Eni. which has one of the best recent oil and gas discovery records after giant gas finds in Mozambique and Egypt. said it would spend 32 billion euros over the next four years.

It said its exploration and production business would represent 70% of its investment in 2023 while decarbonisation and renewable energy measures would account for 20%. up from 5% this year.

“Gas is the only hydrocarbon that will grow to 2050.“ Descalzi said.

Eni intends to boost spending on green energy projects by 30% to some 4 billion euros to take its installed capacity to 3 gigawatts (GW). By 2050. it expects to have more than 55 GW.

The company. which expects to generate some 23 billion euros in free cash to 2023. also pledged to pay higher dividends and relaunched share buybacks.

In the fourth quarter. adjusted net profit was 546 million euros. below a 680 million euro consensus provided by Eni. 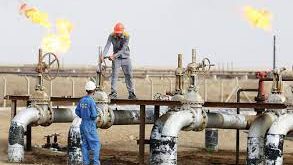