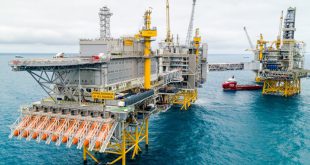 356 Million Barrels of Oil under the Sea

It was purely a coincidence but, simultaneously on Monday, Providence Resources announced progress with its latest bid to develop its Barryroe oil discovery off the south coast while the EU Commission approved the latest price support scheme for renewable energy.
Alan Linn, Providence’s new chief executive, pointed out that Barryroe, located in relatively shallow water off the Cork coast, holds significant quantities of natural gas, which could replace the dwindling reserves in the Corrib field, Ireland’s only remaining reservoir of the fuel.
This would obviously provide the Dublin-listed explorer with a ready-made market for some of the reserves in Barryroe, which are estimated to be equivalent to 356 million barrels of oil. However, that involves getting those reserves out in the first place, something Providence has not yet managed to do.
Sundered deal
A deal with Chinese player, Apac, fell apart last year when that company failed to put up cash by an agreed deadline last autumn. Linn only joined as chief executive in January, so had no responsibility for that.
Nonetheless, he and Providence still face a few hurdles in getting Barryroe to production, which is his priority. Its latest prospective partner, Norwegian player Spoton Energy, is working through terms with members of an as-yet unnamed consortium.
Linn assured shareholders at the Providence annual general meeting on Monday that those consortium members are blue-chip oil and gas companies, while Spoton itself is led by individuals with plenty of experience in the industry.
Renewables vs hydrocarbons
So the next steps are essentially that Spoton agrees terms with the consortium, followed by Providence negotiating an appropriate agreement with the Norwegian company.
In the meantime, the EU announcement shows the Republic is placing a big bet on renewables, while seeming to eschew hydrocarbons. That policy ignores the fact that we will continue to need natural gas to anchor our electricity system for a long time to come.
Linn is willing to debate this with the Government, including the very anti-hydrocarbon Green Party. But however valid his point, Providence must show it can get the oil and gas out of Barryroe to have any chance of winning that debate.