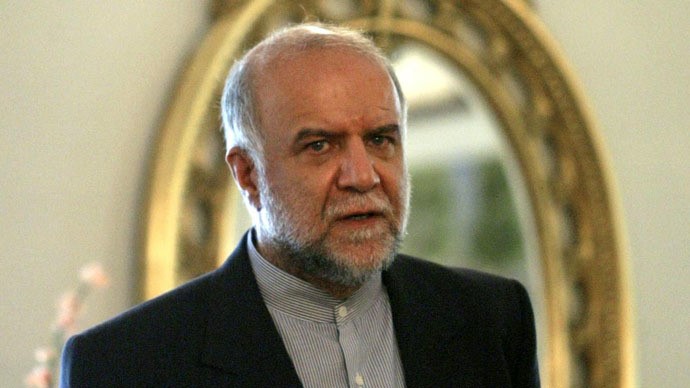 Iran’s Oil Minister Bijan Namdar Zanganeh has evaluated the situation in oil market as “positive”. saying the “era of expensive oil” has reached.
Zanganeh said “I am sure that OPEC and non-OPEC would commit to oil cut.”
OPEC members reached an agreement on November 30. 2016 to cut the oil production from January 2017 for six months. The move was backed by some non-OPEC oil producers on Dec. 10 last year.
OPEC should cut 1.2 million barrels per day (mb/d) and non-OPEC producers nearly a half of this volume for six months.
The biggest part of this figure would be realized. Iran’s oil minister said. adding that the rise in oil price is the psychological effect of oil output cut deal.
“The physical effect of the deal [realization of the deal] would increase oil price more by clearing the glut in markets.” he added.
Zanganeh said Iran’s revenues from oil and gas condensate export are expected to reach $40 billion in the current fiscal year. which started on March 21. 2016.
He also said that during nine months of the current fiscal year Iran sold oil worth about $24.7 billion.
The oil price in the beginning of 2016 plunged to below $30. but currently it is around $55. which is still half of the price recorded in 1H14.
Zanganeh said the oil price in Iran’s next fiscal year budget was set at $55 per barrel.
Answering a question that some countries still block Iran’s oil revenues. Zanganeh said no oil revenue is blocked abroad.
Under the nuclear deal that came into force in January 2016. Iran’s frozen assets abroad were unblocked.