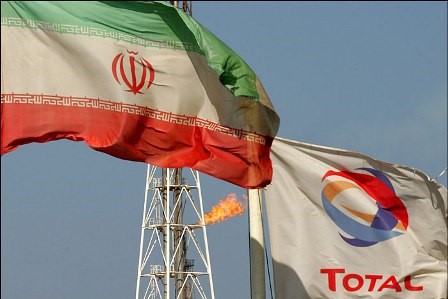 The National Iranian Oil Company and French energy giant Total S.A. are poised to finalize a major gas deal in the next few days. defying US President Donald Trump`s antics against Tehran which have caused uncertainty among multinationals over economic ties with the oil-rich country.
I believe the final agreement (with Total) will be signed in a week. At the end of the previous (fiscal) year. a delegation of Total executives visited Tehran and held negotiations for two weeks over South Pars Phase 11 development project. Financial matters have been settled and we are ready to seal the deal. Ali Kardor. the chief executive of National Iranian Oil Company. said. ISNA reported Saturday.
In November. Total signed a preliminary agreement. worth $4.8 billion. as the head of an energy consortium to develop Phase 11 of the giant South Pars field in the Persian Gulf that is shared with Qatar.
But the deal was thrown into doubt after Trump`s administration blacklisted 25 Iranian individuals and entities in February over Tehran`s ballistic missile tests. casting uncertainty over the future of Tehran`s nuclear accord with world powers.
The move had ripple effects on Total`s collaboration with Iran. as the company`s Chief Executive Officer Patrick Pouyanne said in February the final decision on the South Pars deal depends on the renewal of US sanctions waivers.
Trump has said the Iran nuclear deal. which ended a diplomatic standoff between Iran and six world powers over the country`s nuclear policy and opens the way for western investment. was the worst deal ever negotiated.
Total. the world`s fourth-largest oil and gas company. has a majority stake of 50.1% in the project. with China National Petroleum Corp and Iran`s Petropars holding a 30% and 19.9% stake respectively.
Based on the agreement. production from Phase 11 is expected to begin 40 months after the start of operations. Total has pledged to raise gas output from Phase 11 to more than 50 million cubic meters per day in 20 years.
Extensive Talks
Kardor said the NIOC has held extensive talks with international majors on developing its oil and gas reservoirs.
We have signed 20 agreements with foreign firms on studying Iran`s oil and gas deposits. They entail a six-month period to conduct surveys. after which the companies should submit development proposals. the NIOC chief noted.
So far. we have received five proposals. but many companies still have time to complete their surveys and come up with a master development plan.
Besides South Pars. Total has submitted a development proposal for South Azadegan Oilfield at the Iran-Iraq border. with Japan`s Inpex and CNPC also expected to present proposals.
Kardor signaled NIOC`s eagerness for collaboration with Total which has been active in Iran`s energy sector for over 20 years.
Total was among the first European companies to return to Iran after international sanctions were lifted (in January 2016). Kardor said.
Referring to Pouyanne`s statements on the South Pars deal. the official said. Total`s director did not say they will submit to US regulations. but acknowledged that they will have to comply with international restrictions in doing business with Tehran.
Total has long been a major player in Iran`s oil and gas development industry. A $2 billion investment in 1998 by a consortium it led in the South Pars field was deemed by the Clinton administration to violate the Iran Sanctions Act. but Total`s president at the time exercised his right to waive sanctions.
In 2010 and at a time of heightened tensions between Iran and the West over the country`s nuclear program that led to introducing tighter trade and economic curbs. Total vocally communicated its interest in Iranian energy market.
In February 2010. its former chief executive. Christophe de Margerie. said that it once again had its eye on Iran`s gas reserves. despite international pressure.
Iran aims to raise natural gas production to 1.1 billion cubic meters per day in the present fiscal year that ends in March 2018. The country reportedly produces more than 880 million cubic meters of gas daily. around two-thirds of which come from South Pars.