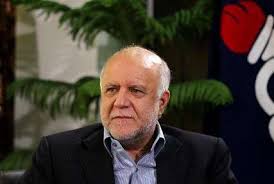 Iranian Minister of Petroleum Bijan Zangeneh says Iran`s industrial breakthroughs in the supergiant South Pars Gas Field shows the world the country`s resistance and industrial might.
Addressing a heated press conference on Sunday ahead of the historic inauguration of gas and petrochemical mega projects in Assalouyeh. southern Iran. the official said launching of the projects is a national honor for Iran and sends the world this message that Iran is a powerful country both technically and industrially because it could carry out these projects under heavy sanctions.
Zangeneh`s remarks came less than 12 hours before Iranian President Hassan Rouhani is scheduled to launch gas and petrochemical projects valued a total of $20 billion in Assalouyeh.
Inauguration of such huge projects on a single day is an unprecedented event in the history of Iran. said Zangeneh.
No such thing has been seen even in other industries in Iran. and therefore this is a huge honor for the Islamic Revolution and belongs to the people of Iran. he said.
The projects include 6 phase development projects at South Pars gas field that will add 170 mcm/d of sour gas and 150 mcm/d sweet gas to the field`s daily production capacity.
Besides. each phase will supply 0.5mt/d of ethane. 0.5mt/d liquefied petroleum gas (LPG) and something between 35.000 to 40.000 b/d of natural gas condensate (ultralight crude oil).
Yet. the country will also start up four petrochemical projects: Phase II of Kavian Petrochemical Plant. Takht Jamshid Pars Petrochemical Plant. Entekhab Group Polystyrene Unit and MEG unit of Morvarid Petrochemical Plant.
Phase III of Pardis Petrochemical Plant along with Kaveh Metanol Project are also nearly ready for inauguration that will be launched in a matter of a week or more. added the official.