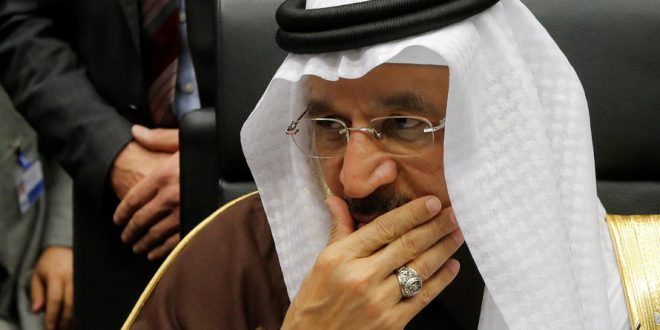 OPEC is likely to reach an agreement to extend the group’s production cuts into the second half of 2017. Saudi Arabia’s energy minister said Thursday.
Saudi support is essential for the 13-member Organization of the Petroleum Exporting Countries to renew its agreement at its next meeting. scheduled in Vienna on May 25. The group committed last year to cut about 1.2 million barrels of oil a day to bring global oversupply of crude CLK7. +0.69%  back in line with demand to help raise petroleum prices.
At an energy conference here. Saudi Arabia’s energy minister Khalid al-Falih hinted at the extensive behind the scenes negotiations among big oil producers ahead of next month’s meetings. He said a preliminary agreement to extend the cuts had been reached. but it still needed final sign off from some OPEC members.
“Consensus is building. but it is not done yet.” Falih said. saying he was still consulting with fellow oil ministers. “We are talking to all countries. We haven’t reached an agreement for sure. but the consensus is building.”