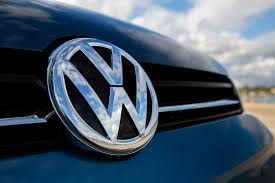 German car maker Volkswagen (VW) is reportedly pursuing plans to manufacture vehicles in Iran that will be optimized to run on compressed natural gas (CNG).
This week representatives of Volkswagen took samples of the fuel in Tehran. Ahvaz. Isfahan. Shiraz. Mashhad and Tabriz as part of plans to produce natural gas vehicles for the Iranian market. said Ali Mehrabi. an official at the National Iranian Oil Products Distribution Company who oversees the expansion of CNG stations. ISNA reported on Friday.
The Germans had imported special equipment for collecting samples of CNG that is being distributed in major cities. They will take the samples back and study the fuel. Mehrabi said.
Examinations and engine design based on Iranian CNG grade will be an extremely time-consuming process. the official concurred.
The whole process took some time because of issues in obtaining permit to import the sampling machinery and equipment.
As a cleaner alternative to gasoline and diesel fuel. CNG reduces tailpipe emissions and fuel consumption. Iran is taking measures to raise CNG output and promote domestic consumption of the odorless and non-corrosive fuel.
According to Mehrabi. daily CNG consumption in fiscal 2015-16 was around 20 million cubic meters. CNG consumption is projected to comprise up to 35% of the national fuel basket by the end of the sixth five-year economic development plan (2017-22).
VW. which was the world`s largest automaker in 2016 ahead of Japanese giant Toyota. incorporates natural gas-based engines in some of its vehicles which produce about 80% less carbon monoxide and nitrogen oxides compared to a similar petrol engine.
The lifting of international economic sanctions against Tehran last year reignited VW`s interest in Iran`s emerging auto industry.
According to published reports. the Wolfsburg-based company has taken steps to set up a modern production line in Iran in collaboration with automotive company Mammut Khodro. although neither company has officially confirmed it.
Merzad Ferdosi. chief executive officer of Mammut. said in January that Several VW models will be produced through the joint venture. VW owns the Audi. Porsche. Skoda and Bentley brands. 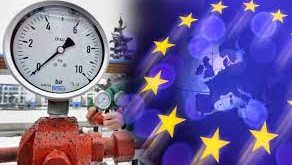