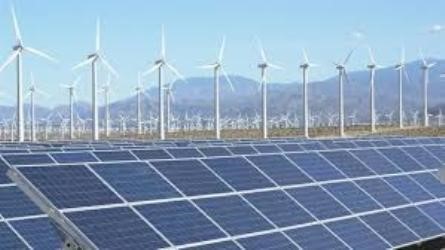 core May 1, 2017 Renewables and Efficiency Leave a comment 3 Views

International and domestic private companies in the renewable energy industry will be eligible for tax holidays for 5-13 years as part of incentives to prop up investment in the nascent renewable sector. a deputy economy minister said on Sunday.
Mohammad Khazai. who also is head of the Organization for Investment. Economic and Technical Assistance. told ILNA that the 20-year guaranteed power output purchase by the government from the private companies is a major incentive to boost investments in renewables. Depending on the region that investors choose to set up renewable plants. they will be granted between five and 13 years of tax exemption. he said.
Equipment imported to be used in the renewable sector are also duty-free if their quality and efficiency comply with the standards of the Ministry of Industry.” Khazai noted.
Energy Minister Hamid Chitchian recently said that investors in renewable projects who incorporate domestically-made equipment will be allowed to sell their electricity at rates that are 30% higher than normal tariffs. Khazai recalled that one of the administration’s main policies is to reduce dependence on fossil fuels and move toward clean and environmentally-friendly fuels as well as renewable energy.
A delegation visited Germany last week to discuss prospects for renewable collaboration.
Khazai underlined that over the past four years. 48 renewable projects. worth $3.6 billion. have been ratified by the government. Some projects have gone on stream and the rest are in the development phase. Data show that power production from renewables has experienced a three-fold rise since mid-2013.
“According to the sixth five year economic development plan (2017-22). 1% of the annual national budget must be allocated for incentives to encourage renewable investments.” he said.  Representatives of 195 countries including Iran negotiated a historic agreement in Paris last December to curb global emissions of greenhouse gases and limit the planet’s warming to under 2°C. preferably 1.5°C. by 2100.
Iran has pledged to increase the share of renewables in its power mix to 7.500 MW by 2030.  According to government data. installed power production capacity of renewables. including solar and wind. is approximately 240 MW. which accounts for just 0.3% of the country`s total electricity generation capacity.