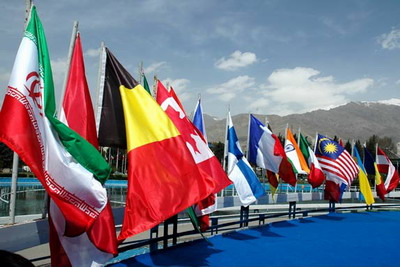 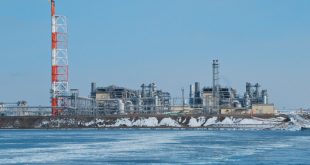 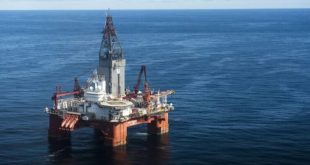 The 22nd Iran International Oil. Gas. Refining and Petrochemical Exhibition was held in Tehran last week while the European states had stronger presence in the event due to the July 2015 nuclear agreement (JCPOA).
Iran Oil Show 2017. attended by 4.500 national and international companies from 37 world states. started work on May 6 for four days.
This year’s exhibition received exciting welcome from the European companies. The American corporations also dispatched their representatives to the Tehran oil event.
Major European and Asian countries which took part in the Tehran international oil exhibition included Germany. France. Italy. Spain. Turkey. Russia. Japan. China. the Netherlands. Azerbaijan. India. UAE. Austria. South Korea and Australia.
Iran Oil Show 2017 had significant features as follows:
–  It epitomized the oil capabilities of the Iranian experts. the capabilities which made the foreign participants shocked.
– It indicated how Iran’s Petroleum Ministry is after supporting the Iranian companies to cooperate with their foreign counterparts to import the new oil technologies to the country.
–  Major international oil companies welcomed the 2017 Iran oil exhibition because the implementation of the JCPOA and lifting of anti-Iran sanctions has created an opportunity for the international companies to be attracted to Iran’s big market.
–  Presence of French Groupe NOX in the exhibition and its willing to be active in Iran’s oil industry is considered as among the major impacts of the JCPOA.
–  Participation of over 80 German companies. more than 70 Italian ones and Spanish. French and Dutch companies in recent Iran Oil Show indicated the rapturous welcome given by the European states to the exhibition.
–  State Italian officials were also present in the exhibition which shows the support extended by the Italian government for the country’s companies to be active in Iran’s oil and gas markets.
–  France took part in this year’s Iran Oil Show with 35 companies. 17 of which attended the event for the first time after the July 2015 nuclear agreement and its implementation in Jan. 2016.
–  The representatives of the American companies including Pall Corporation got familiar with the capabilities of the Iranian companies and held talks with them. The talks focused on transfer of technology and attraction of investment.