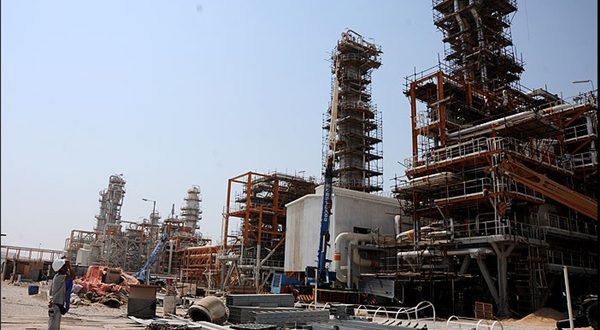 Managing Director of the South pars Gas Complex Massoud Hassani underlined that the SPGC has recovered over 100 billion cubic meters of gas in the past nine months.
A sum of 109.496 billion cubic meters of gas were recovered from South Pars joint field since the beginning of the current Iranian year (started March 20). Hassani said.
He underlined that the volume of processed gas in South Pars refineries indicated a 22.7 percent upsurge as compared with the corresponding period the year before.
In early December. Hassani announced that the daily production at the South Pars gas field has hit a record high of 465 million cubic meters.
Presently. the production capacity for rich gas has reached about 470 million cubic meters in the upstream sector of South Pars while the figure for sweet gas in refinery complexes of the joint field stands at 465 million cubic meters per day. Hassani said.
Meantime. Operator of South Pars Phase 19 Hamid Reza Massoudi pointed to operation of Platform 19B and daily recovery of about 42 million cubic meters from the South Pars phase. and said. In addition to three offshore platforms. three rows of gas sweetening processors have been installed in the coastal refinery of the phase.”
It was reported on Saturday that Platform 18B of the supergiant South Pars Gas Field has come on-stream adding to the gas output of the onshore refinery facilities of phases 17 and 18.
The facility is now receiving 500 million cubic feet more gas from the offshore platforms of the phases. The gas is injected to the national gas trunk line after processing at the refinery. the oil ministry`s website reported.
Platform 18B came online recently and is now feeding onshore refinery facilities of the phase with natural gas.
The new gas supply has bolstered the refinery`s daily output by 500 tons of ethane and 20.000 barrels of gas condensate.
The platform was installed in August in Persian Gulf waters.
Phases 17&amp.18 are being developed for production of 50 mcm/d of natural gas. 80.000 b/d of gas condensate. 400 tons a day of sulfur. 1 million tons a year of ethane and 1.05 million tons a year of liquefied gas.
Oil Industries` Engineering and Construction (OIEC). Iran’s Industrial Development and Renovation Organization (IDRO). Iranian Offshore engineering Company (IOEC). National Iranian Offshore Engineering and Construction Company (NIOEC) and Iranian Marine Industrial Company are in charge of Phases 17&amp.18.