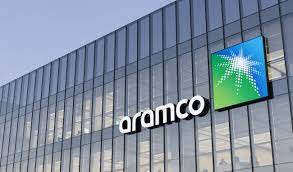 The energy transition “is not going smoothly,” the chief executive of Saudi Aramco, Amin Nasser, said on Thursday, calling for continued investment in oil and gas until low-carbon energy could grow and mature enough to meet rising energy demand.
“We have to acknowledge that the current transition is not going smoothly,” Nasser said at an online conference, as carried by Reuters.
“We all agree that to move towards a sustainable energy future a smooth energy transition is absolutely essential but we must also consider the complexities and challenges to get there,” Nasser said.
The top executive of the oil giant of the world’s largest oil exporter, Saudi Arabia, has frequently warned energy analysts and industry in recent months that investment in oil and gas will still be needed even as renewable energy installations boom.
“I am proposing that investment in both existing and new energy be continued until the latter is developed enough to realistically and significantly be able to meet rising global energy consumption,” Nasser said on Thursday.
At a forum in Saudi Arabia earlier this week, Aramco’s CEO said: “As the energy transition unfolds, oil and gas will remain essential in many ways. …Yet, this is not the popular narrative … which is built on un-realistic assumptions.”
Last month, Nasser warned at the World Petroleum Congress in Texas that a rushed transition into renewable energy would cause spiraling inflation and social unrest. Investments in oil and gas still need to continue in order to avoid such a scenario, Aramco’s top executive added.
“Right now, the world is facing an ever more chaotic energy transition. Several highly unrealistic scenarios and assumptions about the future of energy are clouding the picture,” Nasser told the Texas conference.
“Energy security, economic development, and affordability imperatives are clearly not receiving enough attention. Until they are, and unless the glaring gaps in the transition strategy are fixed, the chaos will only intensify,” Saudi Aramco’s CEO noted.