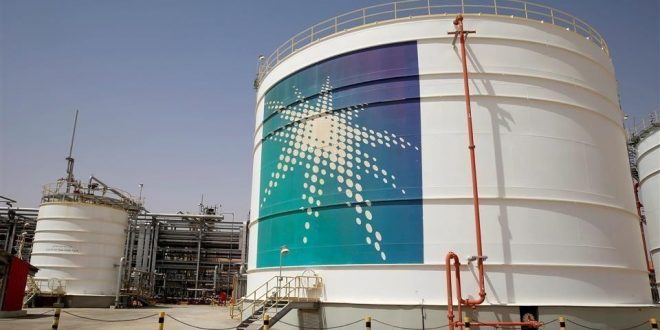 ‘The worst is definitely behind us’ in the oil market, says Saudi Aramco CEO Amin Nasser
Advertisement
Global demand for crude could recover to pre-coronavirus levels by 2022, Saudi Aramco said on Tuesday, October 13, as the International Energy Agency (IEA) projected it could take at least a year longer.
“The worst is definitely behind us” in the oil market, Aramco’s chief executive Amin Nasser told the Energy Intelligence Group.
“My prediction is hopefully we will recover by 2022.”
Nasser’s comment came as the Paris-based IEA on Tuesday predicted the recovery could take longer.
After an unprecedented 8% drop this year, global consumption was set to return to pre-crisis levels in 2023 provided the pandemic was brought under control, the IEA said.
The COVID-19 pandemic has plunged the global economy and oil demand into a tailspin and sparked speculation that the world might have reached peak oil demand.
But Nasser voiced optimism, insisting the world’s top crude exporter was seeing a recovery.
“Most of the demand comes from developing countries,” he said.
“We see a big pickup from East Asia, especially China.”
He cautioned, however, that the speed of recovery depended on whether there would be a “second [coronavirus] wave and how significant is the second wave.”
Earlier this month, the Organization of the Petroleum Exporting Countries (OPEC) predicted crude consumption would continue to grow during the next quarter century, driven in large part by greater use of cars in developing countries.
Advertisement
OPEC’s forecast contrasts with that of some industry players, including major oil firms such as BP, which in its latest long-term estimates predicted that oil demand had already peaked or would soon do so thanks to increased use of renewable energy and the impact of the virus.