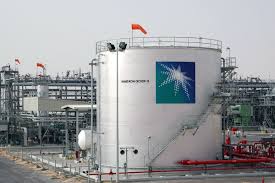 Saudi Arabia’s oil giant Aramco is dusting off plans to sell more of its shares, aiming for a $50-billion share sale on the domestic stock exchange with a possible secondary listing abroad, in what could be the world’s biggest share sale ever, The Wall Street Journal reported on Friday, quoting sources with knowledge of Aramco’s plans.
At the end of 2019, it was Saudi Aramco that set the record for the world’s largest initial public offering (IPO), when it sold 1.7 percent in the company and raised $29.4 billion in the share sale on the Saudi stock exchange, Tadawul.
Saudi Aramco, the world’s largest oil company by production and market capitalization, made its debut on the Saudi stock exchange in December 2019. Saudi Arabia’s state oil giant had priced its IPO at the top end of the range—32 Saudi riyals ($8.53), which made the share listing the largest in history, surpassing the US$25-billion IPO of Alibaba on the New York Stock Exchange in 2014.
Now, according to the Journal’s sources, Saudi Aramco has resumed talks about a fresh share sale on Tadawul and possibly a secondary one outside Saudi Arabia, possibly in London, Singapore, or other markets.
Aramco executives have held talks internally and with third-party advisers about the potential new share sale, the Journal reports. Plans are at an early stage and they could change or a listing could still be delayed, according to WSJ’s sources.
Aramco plans more share offerings to the public in coming years, Saudi Crown Prince Mohammed bin Salman said in early 2021. The prince, however, did not give any details either about the timing of the new share sales or on which markets those sales could take place.
In April 2021, the Crown Prince said that the government of Saudi Arabia was negotiating the sale of a 1-percent stake in Aramco to a “leading global energy company.”

Previous Oil Edges toward $100 per Barrel
Next Europe’s Gas Storage Levels Fall to 37.5% in January 2022