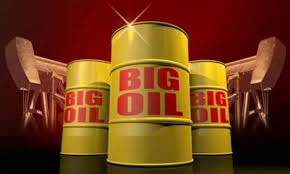 Big Oil Is in Big Trouble. What will Happen Next?

The Covid-19 pandemic has caused a drop in demand and prices like never before. Here’s how global oil giants are dealing with the mounting losses.
Global oil giants posted massive losses in 2020, as the coronavirus pandemic brought oil and gas demand to a grinding halt and caused already-weak prices to plunge even further. With a $22.4 billion loss, Exxon Mobil recorded its first annual loss since its merger in 1999, BP recorded its first loss ($5.7 billion) in a decade, and Shell recorded a $21.7 billion net loss.
The long-term effects of the Covid-19 pandemic on the fossil fuel industry have yet to be seen, but it’s clear that it has hastened trends toward renewables as companies wake up to the reality of potentially growing regulations and decreasing demand. Does this mean the industry’s days are numbered?
No longer big oil?
The immediate effect of the pandemic has been massive layoffs across the board. From March to August 2020, the oil, natural gas and chemicals industry laid off more than 100,000 workers in the US alone – the fastest rate of layoffs in the industry’s history. BP announced in June that it planned to lay off about 15 percent of its workforce to cut costs and “reinvent” the company. Other companies have followed suit, with layoffs due to continue through the end of 2022. The companies are also slashing dividends, and taking multi-billion dollar writedowns.
BP began reducing its spending on exploration in response to the 2014 oil price crash, and today, the exploration budget is around half of what it spent in 2019. BP, Shell and Total had started investing more in renewable energy and battery technologies in recent years, as the industry is facing mounting pressure from investors and climate activists to meet the 2015 Paris climate goal of limiting global warming to below 2 degrees Celsius from pre-industrial levels. In other words, the move is more about demand than anything else, as BP and companies like McKinsey forecast a significant drop in demand for fossil fuels in the coming decades.
The pandemic accelerated the European oil companies’ movement toward renewable energy: In February 2020, BP announced that it aimed to be carbon neutral by 2050, followed by Shell and Total as oil and gas prices took a nosedive in the early months of the year amidst the lockdowns, travel bans, and the Saudi-Russia oil wars.
But as of yet, the most of the spending of European companies remains in fossil fuels, and all the world’s oil majors still plan investments in fossil fuel production. Furthermore, carbon neutrality doesn’t necessarily entail only cutting greenhouse gas production; it means offsetting the carbon dioxide produced, by planting more trees, for instance.
Their American counterparts, Exxon Mobil and Chevron, are more reluctant and appear to be betting on a continued future demand for fossil fuels. However, even Exxon Mobil recently launched a modest carbon-capturing initiative, and Chevron has announced that it has invested in carbon capture startups.
These companies also have long histories of conflict with indigenous peoples over drilling and pipelines in their lands; environmental disasters, like major oil spills and smaller leaks that continue to impact ecosystems and the livelihoods of those who rely on the environment; and continued detrimental impact on water and air quality, among other things. Thus, some environmental groups have criticised these announcements as greenwashing.
Rise of the renewables industry
For the last century, fossil fuel giants have dominated the global energy market. For the foreseeable future, it seems that this will continue. At the same time, it appears the tide may be slowly shifting toward renewables, at least in some areas. According to the most recent annual report on renewables from the International Energy Agency (IEA), record levels of new renewable energy capacity are set to come on stream this year, while fossil fuel capacity is expected to fall due to an economic slump. In 2021, renewable capacity additions are on track for a rise of almost 10 percent – driven primarily by the EU and India – which would be the fastest growth since 2015.
“In 2025, renewables are set to become the largest source of electricity generation worldwide, ending coal’s five decades as the top power provider,” said Fatih Birol, the IEA Executive Director, in the press release.“By that time, renewables are expected to supply one-third of the world’s electricity – and their total capacity will be twice the size of the entire power capacity of China today.”