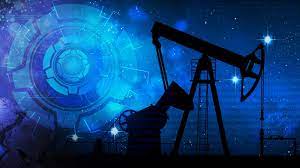 The oil and gas industry is embracing new technologies to save time and costs and, most recently, to reduce the carbon footprint of its supply chain as the energy sector is under increased pressure to reward shareholders while helping to fight climate change. Along with artificial intelligence, machine learning, digital twins, and robotics, the world’s biggest oil and gas firms and oilfield services providers are betting on 3D printing, also known as additive manufacturing, to streamline operations, cut costs and save time, and reduce emissions from spare parts manufacturing.
Over the past decade, some of the biggest oil and gas firms in the world have turned to 3D printing to procure parts and create digital warehouses to procure and manage the supply of necessary equipment.
One such example is supermajor Shell (0.77%), which believes that additive manufacturing technology can reduce the costs, delivery time, and the carbon footprint of spare parts. Shell has ongoing projects with other industry players, including Baker Hughes (0.84%), to push the innovation of 3D printing for the energy sector, say Nick van Keulen, Supply Chain Digitalisation Manager and Angeline Goh, 3D Printing Technology Manager at Shell.
The energy giant launched its in-house 3D printing processes in 2011 with a metal laser-printing machine to fabricate unique testing equipment for laboratory experiments at the Shell Technology Centre Amsterdam (STCA). Ten years later, Shell now has 15 polymer, ceramic, and metal printers working at its technology centers in Amsterdam in the Netherlands and in Bangalore, India.
Thanks to 3D printing of spare parts, Shell managed to achieve “substantial savings” in it offshore Nigeria operations in 2020, van Keulen and Goh said earlier this month.
In Nigeria’s case, the ‘business-as-usual’ replacement of a small component within a large piece of equipment for which replacement parts are no longer produced would have taken around 16 weeks. Shell modeled the component with a 3D scanner and had it printed. The 3D printing technology slashed the final cost of the maintenance by 90 percent compared to a conventional replacement, and it took just 2 weeks to produce the parts, Shell says.
The supermajor is working with suppliers to develop a digital warehouse of the parts it may need custom-3D printed. Baker Hughes is one of Shell’s partners.

“With Shell, we apply 3D printing to mitigate supply chain risks when lead time is critical. All actors in this value chain must now come together to develop the right framework where 3D printing brings enhanced value to the energy sector,” says Alessandro Bresciani, Vice President, Services for Baker Hughes’ Turbomachinery & Process Solutions business.
“Additive manufacturing is a tool that allows ideas to become reality in a very short time,” says Edoardo Gonfiotti, Project Engineer at Baker Hughes based in Florence, Italy.
At the end of last year, Baker Hughes and Würth Industry North America (WINA) announced a customized 3D printing services offering to customers in the oil and gas, renewables, power generation, maritime, automotive, and aerospace industrial sectors.
“Now more than ever, industrial companies are looking for innovative manufacturing solutions to reduce lead times and eliminate physical inventories, while reducing the carbon footprint of operations, and we believe additive manufacturing plays an important role,” said Scott Parent, chief technology officer for Digital Solutions at Baker Hughes.
Companies in the energy sector are also taking 3D printing underwater.
Earlier this year, Norway’s Kongsberg Ferrotech said it was developing—in collaboration with Norwegian research organizations and energy giant Equinor—technology that would allow 3D printing underwater. If successful, the subsea 3D printing project implementation could be a game-changer for maintenance and repair of subsea components, Kongsberg Ferrotech says.
This would be another significant step towards “taking the workshop to the damaged pipe,” the Norwegian company notes.
From cost and time saving to the lower carbon footprint of spare part manufacturing, 3D printing could revolutionize the energy industry.