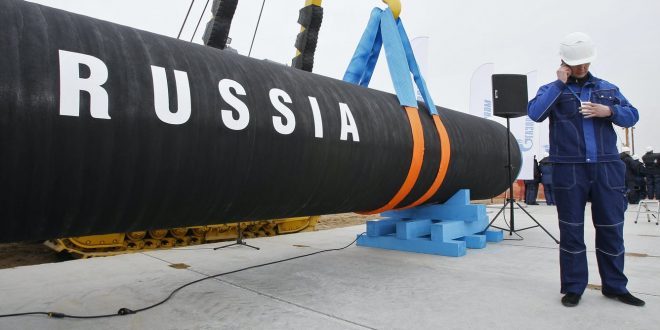 China Buys $7.5 Billion of Russian Energy with Oil at Record

China continued to snap up Russian energy products last month, including a record quantity of crude oil, lifting purchases to $7.47 billion — about $1 billion more than April and double the amount of a year ago.
The increase in shipments came as the war in Ukraine entered a fourth month and other buyers continued to shy away from Russian oil, gas and coal. Chinese demand also started to show some improvement as virus restrictions were loosened, easing logistical snarls and allowing industrial production to rebound.
China’s total imports from Russia accelerated in May, surging 80% on year to $10.27 billion, as Beijing continues to offer support to an otherwise isolated government in Moscow.
Crude imports rose 55% from a year ago to 8.42 million tons, with Russia overtaking Saudi Arabia as China’s main source of oil, according to customs data released on Monday. Russian liquefied natural sales rose 54% to 397,000 tons, despite a 28% decline in China’s overall purchases of the super-chilled fuel.
The volume of gas excludes imports from pipelines, which haven’t been reported by customs since the start of the year, but are the main mode of transporting the fuel from Russia to China.
Other highlights of the trade in commodities between China and Russia in May include:
• Total coal imports fell 5.2% on year to 4.73 million tons
o Coking coal for the steel industry rose for a fourth month to 1.71 million tons, an increase of 70% compared with last year’s level
o China also bought more steel-making coal from Mongolia after Covid curbs eased at major border crossings
• Refined copper imports grew 15% to 31,267 tons
• Refined nickel imports fell nearly 90% to 300 tons, a record low
• Aluminum imports dropped 21% to 32,713 tons
• Palladium imports rose 19% to 769 kg
• Wheat imports declined 87% to 1,883 tons