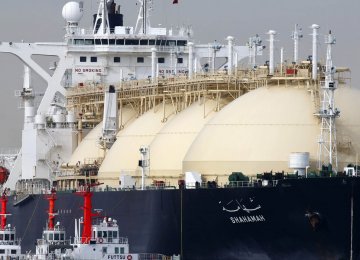 China’s natural gas consumption is expected to increase in 2020 amid the country’s efforts to step up exploration and development of the energy source, according to an industry report.
Consumption of natural gas is estimated to expand by 13 billion cubic meters to 320 billion in 2020, according to the report compiled by the National Energy Administration together with two other think tanks.
Both reserves and output growth hit a record high in 2019, with investment in oil and gas exploration reaching 335.5 billion yuan (about 49.6 billion U.S. dollars), up 25.7 percent year on year.
During the same period, natural gas imports rose 6.9 percent to 135.2 billion cubic meters with more diversified import sources, said the report.
Since 2019, China has been pushing forward market-oriented reform of the natural gas market, including opening up of the oil and gas exploration and development market in an orderly manner, promoting the building of a unified national network, and giving full play to the positive role of natural gas in air pollution prevention and control.
According to a three-year action plan on air pollution control released in 2018, China will boost the share of natural gas in its total primary energy consumption to 10 percent by 2020.

Previous Iraq could Generate over 3.5 GW by Capturing 40% of Flared Gas
Next Libya to Resume Oil Exports from Secure Fields, Ports