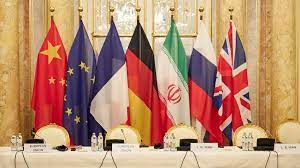 China Says Iran’s Nuclear Talks are in their Concluding Stage

China’s representative at the Vienna multilateral talks to revive Iran’s nuclear deal says the negotiations are in the concluding stages.
Wang Qun told Iran International on Saturday that the Iranian negotiating team has returned to the talks with their final package.
Answering a question about the remaining issues that should be resolved, the Chinese chief negotiator said that all the parties agree that “we have come to the concluding stage, especially the Iranian colleagues who have come with their final package.”
About the possibility of a joint commission in the coming days, Qun said that there is no arrangement for such a meeting but “meetings of different formats; bilateral, trilateral…” are being held.
Earlier in the day, an informed source in Vienna told IRNA that representatives from China and Russia along with the European Union have complained about the United States’ bewilderment and incapability to take political decisions on the result of the talks.
On Friday, Mikhail Ulyanov, Russia’s lead negotiator in the Vienna tweeted twice to signal progress.
Hailing a “very useful meeting” with the US Special envoy on Iran Robert Malley, he tweeted that “we are definitely moving ahead” before a second tweet, with a photo across the table from Enrique Mora, the senior European Union official chairing the talks.