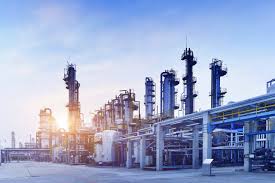 To see the gulf between China’s ambitious carbon-neutral goals and the desire of its companies to maintain breakneck growth, look at Shandong’s oil refineries.
The coastal province, a hub of private factories with an economy the size of Indonesia’s, issued a notice urging local industry, and especially oil and petrochemical firms, not to carry out plant maintenance between April 15 and Oct. 15 in an effort to reduce the area’s awful summer smog. Five of Shandong’s municipalities were on the environment ministry’s list of cities with the worst air pollution last year.
The refineries, known as ‘teapots’ because of the shape of early plants, are usually cleaned and renovated during that period in preparation for an annual hike in prices and demand for diesel and gasoline in the second half. The cleaning process tends to release large quantities of volatile organic compounds that are a major contributor to local air pollution.
It’s no small contribution. Shandong’s oil refineries account for a quarter of China’s total processing capacity. Making last-minute changes to maintenance works would raise their costs and may disrupt cash flow for upcoming tax payments in March, industry consultancy FGE said in a note.
The conflict illustrates the tightrope the government has to walk in balancing the need to reduce emissions with maintaining economic growth as it strives to meet the 2060 carbon neutrality target set by President Xi Jinping. China is the largest crude oil importer in the world, and its refining capacity is expected to keep growing this decade even as its overall consumption of fossil energy is set to decline.
In this case, the private oil refiners are expected to seek an exemption from the government guidance or simply go ahead with maintenance as planned, according to four oil traders familiar with the production schedules and FGE. Shandong’s advisory isn’t mandatory and “teapots have the freedom to decide when to carry out maintenance based on their profitability,” said Wang Luqing, an analyst at Chinese industry researcher SCI99.
Ten private oil refiners in the province, with a combined processing capacity of over 1 million barrels per day, planned to shut all their units for maintenance at some point during the government’s blockout period, with nine of them aiming for outages in the second quarter, according to SCI99. Only one teapot has rescheduled to comply with the authority’s request, said the traders, who asked not to be named as they aren’t authorized to speak publicly.
In the Jan. 15 notice, Shandong’s ecological environment department said it issued the guidance to reduce emissions of ozone during the summer. Shandong also encouraged local gas stations to offer promotions at night, according to the notice seen by Bloomberg News. The move would help spread out the evaporation during refueling, which is also a source of air pollution.
The department didn’t respond to an email seeking comment about the advisory. The Shandong Refining and Petrochemical Industry Association, whose members include about 30 refiners, didn’t respond to phone calls.
For many of the refining facilities, a maintenance outage is overdue. After a dip caused by the Covid-19 outbreak, demand for most oil products in China returned to normal as early as May. As global crude oil prices slumped because of the spread of pandemic in the U.S., Shandong’s teapots went into overdrive to take advantage of the low rates and a government policy setting minimum fuel prices, causing many to postpone work till this year.
They’ve been operating at a record 74% capacity on average since May — compared with an average of 51% over the past decade, data from consultancy Oilchem.net show.
Persuading them to keep going for another eight months could be a tall order.