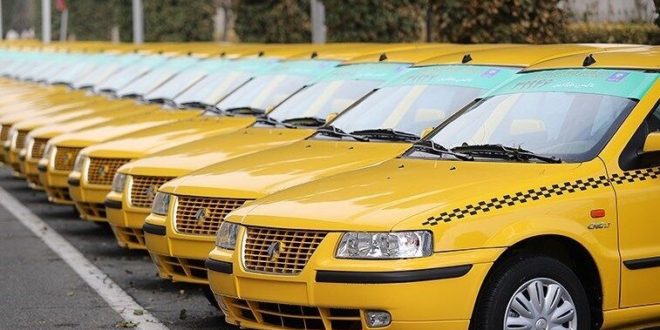 Compressed natural gas (CNG), an alternative fuel, has been used in Iran’s transportation fleet for more than a decade. Environmental regulations, low costs and the abundance of gas reserves constitute the main reason for choosing this fuel. However, one significant point is not out of the loop. Each cubic meter of CNG would save one liter of gasoline for exports, which would be instrumental in helping Iran shed selling unprocessed hydrocarbon.

Increasing production capacity of refined petroleum products and boosting that of clean gasoline and other fuels in Iran would be significant when the country would be able to export fuel in addition to meeting domestic needs.

The Petroleum Ministry has over the past seven years undertaken numerous measures for increasing Euro-grade fuel production. Therefore, in addition to improving the quality of fuel production at refineries, exporting oil and gas products have been increased amid tough sanctions imposed by the US.

Although the policy of increased gasoline output for ending Iran’s dependence on imports was adopted seriously by the administration of President Hassan Rouhani and with the commissioning of a condensate refinery in southern Iran the country would no longer need to import gasoline, official data still show high gasoline consumption in Iran. Should the current trend continue Iran would once more become an importer of gasoline. That is why replacing gasoline with CNG has been under way in parallel with gasoline output hike in recent years. The development of all phases of the giant South Pars gas field would help Iran boost CNG production and facilitate gasoline exports.

Officials in charge of the CNG project in recent years have been laying emphasis on the continuation of this project in the country.

Hamid Qassemi, deputy CEO of National Iranian Oil Products Distribution Company (NIODPC), has said due to availability of huge gas reserves in Iran, the policy of increasing the share of gas in the fuel mix of cars and developing the CNG industry had to be pursued.

Asked by Iran Petroleum about the infrastructure ready for CNG to replace gasoline, he said: The conditions are much better compared with years ago. We have currently about 2,500 active CNG stations in the country, which would increase.

He said that the price of CNG would be controlled so that it would not affect the society as gasoline price hikes often drives up the price of commodities.

He added that CNG prices would face legal restrictions for any increase in coming years, noting that owners of CNG stations would not have to worry about their commissions.

Qassemi said CNG had currently a 13% share in the fuel mix, adding: This share was much more in the initial plan, but it did not materialize. We hope that we would bring it to favorable levels under the aegis of further cooperation with the CNG-related sectors, as well as other actions in this sector.

He said: Consuming 1 bcm of gas would equal 80 mcm/d of gasoline, which would be 12 times the gasoline consumption in the country. That is while consuming clean fuel would drastically reduce air pollution in big cities.

Qassemi said 21 million cars were plying in Iranian roads and streets, adding: Now, 16 million cars are gasoline-fueled, which would have to be converted to CNG-fueled.

He said that such change in pattern would be instrumental in gas pollution, which would affect the environment.

He said that CNG would cost car owners much less than gasoline.

He also gave a positive assessment of CNG infrastructure in the country, saying: Under the present circumstances, more than 45 mcm/d of CNG would be provided to people, while 90% of taxis in the Greater Tehran are running on gas. Pick-up trucks are consuming about 10 ml/d of gasoline. If we replace it with CNG, that would evidently improve the economy.

Currently, more than 50% of the capacity of CNG services is empty, but there is hope that with gasoline price changes, CNG would be welcomed further, he said.

Rezaei said dual-fuel pick-up trucks would be earning between IRR 20 million and IRR 25 million in revenue a month.

He said that up to 30,000 cars could be fitted with dual-fuel system in Iran.

It would cost IRR 30 million to IRR 50 million for converting each gasoline-fueled engine into dual-fuel engine, but that would be compensated in the short-term due to gasoline prices.

According to official data, CNG consumption has increased 2 mcm/d after Iran raised gasoline prices in November 2019.

As more car owners decide to fit their cars with CNG systems, it would be necessary for CNG services to expand. CNG consumption stood at 19.3 mcm/d before gasoline rationing, which has now reached 22 mcm/d.

Such increase in CNG consumption could at the same time hint at conditions conducive to investment by the private sector for developing this industry, which would bring about employment and value-added.

Undoubtedly, Iran enjoys big potential with regard to the CNG industry. State and private sectors can both be active.