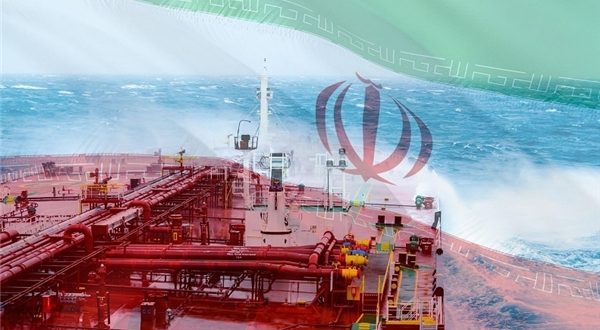 Iran is in the brink of halting export of gas condensates and is instead going to process the ultra-light oil in its new refineries to produce higher-value chemicals, oil Minister Bijan Namdar Zangeneh said.

The sudden disruption led to storing huge volumes of condensate in oil tankers, incurring high demurrage costs, but Iran largely avoided the expense and disruption thanks to the operation of two major refineries in the country.

Zangeneh said all Iranian condensate exports will stop in the current Iranian year (ending in March 2021). They will be processed in the Persian Gulf Star and Siraf condensate refineries to produce gasoline and naphtha.

Naphtha is a gasoline blending component and a feedstock for plastics and other petrochemicals. Asian customers favor Iran’s South Pars condensate for its rich naphtha yield compared to other grades.

South Korea was the biggest client of Iranian condensate with 300,000 barrels per day (bpd), but it stopped the imports even before the US sanctions came into effect in November 2018. The US is reportedly forcing the country to purchase its condensate and also naphtha.

Before February, about 130,000 bpd of Iran’s gas condensate was used in its petrochemical plants, while another 80,000 bpd went to domestic condensate refineries not including the Persian Gulf Star.

The Persian Gulf Star Refinery currently receives 420,000 bpd of gas condensates. Its third phase was opened in February which made Iran self-sufficient in gasoline. The completion of the fourth phase will open another 60,000 bpd capacity for condensate feedstock.

The country expects its condensate production to hit 1 million bpd.

In a relevant event it was announced in February, 2020 that Iran’s production of gas condensate has witnessed a 5% rise in the last 10 months (March 21, 2019-January 20, 2020), in comparison with the corresponding period in the last year, according to Managing Director of Iran’s South Pars Gas Company (SPGC) Hadi Hashemzadeh Farhang.

The figure has not only increased compared to [the same period in] last year but also shows a 100-percent realization of our plans for this time span, Hashemzadeh Farhang said on February 17, after announcing that Iran’s gas condensate output has increased by five percent in the first 10 months of the current local calendar year (March 21, 2019-January 20, 2020).

According to the official, ethane production has also grown significantly over the same period, and eight South Pars refineries are currently producing this valuable product.

He also mentioned that South Pars field’s propane production has also increased over the past year, saying that there are currently seven refineries that produce propane.

South Pars gas field, which Iran shares with Qatar in the Persian Gulf, is estimated to contain a significant amount of natural gas, accounting for about eight percent of the world’s reserves, and approximately 18 billion barrels of condensate. The field is divided into 24 standard phases.

Natural-gas condensate, also called natural gas liquids, is a low-density mixture of hydrocarbon liquids that are present as gaseous components in the raw natural gas produced from many natural gas fields.

In April, the refinery for phase 13 of Iran’s South Pars gas field which was officially inaugurated by Iranian President Hassan Rouhani, exported its first cargo of products, including 300,000 barrels of gas condensate, on March 11.

The first shipment from phase 13 of South Pars, including 300,000 barrels of gas condensate, was delivered for export, operator of the phase Payam Motamed said.

According to Motamed, the delivery was made on March 11 prior to President Hassan Rouhani’s inauguration of phases 13, 22, 23 and 24.