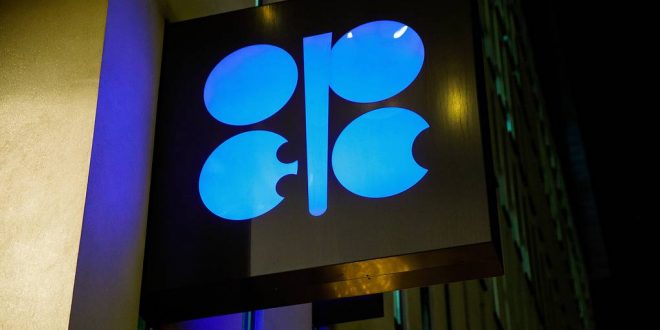 The Organization of the Petroleum Exporting Countries and its allies are expected to extend oil production cuts into the new year in an effort to avoid a global glut of inventories. But with Covid-19 cases accelerating in many parts of the world, raising the risk of further economic restrictions, its efforts will come up short if demand drops faster than supplies.
“It’s a tug-of war between Covid infections” and vaccine hopes, with the former weighing on current demand but the latter seeming to provide some support for oil prices, says Michael Lynch, president of Strategic Energy & Economic Research.
OPEC and its allies, together known as OPEC+, “appear to be hoping that, at worst,” the group will need “to forgo the January easing of quotas, which in theory isn’t too hard to accomplish,” Lynch says. At meetings set for Nov. 30 and Dec. 1, OPEC+ will likely agree to keep current quotas in place—postponing the originally planned two million barrel-per-day increase for January, he says.
Given the resurgent virus, it’s hard to imagine that primary members will want to increase production. But if an output increase appears likely in January, West Texas Intermediate crude would probably crater by at least $5 a barrel, and maybe even $10, Lynch says.
On Nov. 19, WTI oil futures settled at $41.74 a barrel, up nearly 17% this month to date, paring the year’s loss to less than 32%.
At the OPEC+ technical meeting on Nov. 17, committee members failed to announce their production policy recommendation for early 2021. They were expected to recommend keeping production cuts at the current 7.7 million barrels a day past the end of this year. Still, the committee said it plans to provide its recommendations to the OPEC and non-OPEC ministerial meeting on Dec. 1, which follows the OPEC Conference on Nov. 30.
The OPEC+ agreement in April had called for producers to curb output cuts to 5.8 million barrels a day at the start of 2021 through the end of April 2022.
“There is clear evidence that the leading producers within OPEC do not anticipate the need for higher production,” says James Williams, energy economist at WTRG Economics, pointing out that the OPEC oil-rig count was down by 27 rigs in October.
Rising oil production in Libya, which is exempt from OPEC+ quotas, has been a key concern. Output has been climbing since military commander Khalifa Haftar announced in September the lifting of an eight-month blockade on crude exports. Libya nearly tripled its output to 460,000 barrels per day in October, its highest since January, according to S&P Global Platts.