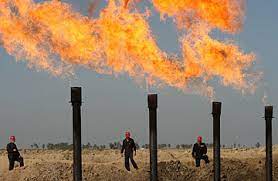 The US Energy Information Administration (EIA) said on Sunday that Iraqi crude oil exports to the US dropped to 226 thousand barrels per day (bpd) during the past week.
According to a report released by the EIA, “The United States imported crude oil from Iraq at a rate of 226 thousand bpd, down from 268 thousand bpd only a week earlier.”
Canada (3.803 million bpd) was the top boost to the U.S. oil imports, followed by KSA and Mexico with 418 and 226 thousand bpd, respectively.