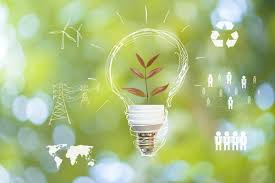 Energy Demand Recovery could be Delayed

A new report by the International Energy Agency (IEA) has found that global energy demand is only expected to rebound to its pre-Covid levels by early 2023, if the pandemic is not prolonged.
The IEA said that in the event of a prolonged pandemic, global energy demand would only rebound by 2025.
“Slower demand growth lowers the outlook for oil and gas prices compared with pre-crisis trends. But large falls in investment increase the risk of future market volatility,” the IEA said in its World Energy Outlook 2020.
The report found that fossil fuels would face varying challenges, with coal demand not expected to return to pre-crisis levels, with its share in the 2040 energy mix falling below 20% for the first time since the Industrial Revolution.
However, demand for natural gas is expected to grow significantly, mainly in Asia, while oil remains vulnerable to the major economic uncertainties resulting from the pandemic.
“The era of global oil demand growth will come to an end in the next decade,” said IEA executive director Dr Fatih Birol.
“But without a large shift in government policies, there is no sign of a rapid decline. Based on today’s policy settings, a global economic rebound would soon push oil demand back to pre-crisis levels.”
The Australian Petroleum Production and Exploration Association (Appea) said on Wednesday that the World Energy Outlook highlighted while the global energy market is being reshaped, natural gas remains an important part of a cleaner energy future.
“In the IEA’s Stated Policies Scenario, demand for natural gas recovers quickly from a drop in demand in 2020. Demand rebounds by almost 3% in 2021, then rises to 14% above 2019 levels by 2030, and by 30% to 2040, with growth concentrated in Australia’s trading markets in Asia,” said Appea CEO Andrew McConville.
“In the Sustainable Development Scenario, demand for natural gas in the Asia-Pacific grows by 52% to 2040, as demand continues to grow in major economies such as India and China, with a changing gas industry taking on multiple roles to lower emissions, including via carbon capture, use and storage (CCUS), coal-to-gas switching, support for renewables, and the rise of low-carbon gases.
“In the Net Zero Emissions by 2050 Scenario, while global gas demand is lower in 2040 than in 2019, growth still occurs in key demand centres in Asia.
“These outlooks are more uncertain than in previous Outlooks, but still present opportunities for Australia to see a continued stream of high paying, highly skilled jobs, export dollars and revenue for governments for decades,” McConville said.
“The IEA again reaffirmed that on a lifecycle basis, natural gas has much lower associated emissions and switching to natural gas provides an opportunity to lower emissions quickly, particular in Asia.”
McConville pointed to recent Australian government figures, which showed that liquefied natural gas (LNG) exports have the potential to reduce global greenhouse gas emissions by up to 169-million tonnes carbon equivalent, or over 30% of Australia’s annual emissions.
“If Australia is to attract further investment in LNG production, it’s vital to have policy settings, maintaining a stable and competitive tax regime, resisting calls for interventions in gas markets and reducing red tape, that support economic recovery.”
The Minerals Council of Australia (MCA) has, meanwhile, said that Australia’s minerals companies would play a central role in providing the resources needed to grow sustainably in coming decades as the world recovers from Covid-19 and decarbonizes over the longer term.
“Despite a future in flux, Australia’s prospects are positive because of our world-class minerals, reliability as a supplier and current and future investment by industry and government in the research, development and deployment of emission lowering technologies,” said MCA CEO Tania Constable.
“The IEA World Energy Outlook is positive for Australia in highlighting the increasing importance of energy investments in the Asia-Pacific region. In both major scenarios in the report, almost half of the world’s energy investments between 2020 and 2040 will be made in the region.
“This is forecast to include significant network investment, which will require increased Australian resource development in minerals and metals from aluminium to zinc.
“Investment in all minerals needs to continue to provide the materials for worldwide decarbonisation such as nickel, lithium, rare earths and high performance metals,” Constable said.
She noted that while the report forecasts world coal power generation to either steadily or dramatically reduce depending on the scenario adopted, coal power generation in the Asia-Pacific is projected to rise in the Stated Policies Scenario by more than 8% between now and 2040.
This reflects both the policy direction and natural demand for coal-fired power in the region and underlines the importance of the development of low emissions technologies such as CCUS.
The IEA report also highlights the comparative advantage of major resources producers such as Australia who are well prepared to lead on CCUS, critical minerals and hydrogen production into the future, Constable said.