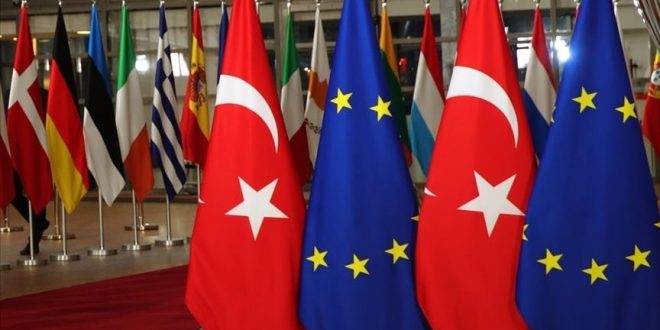 The European Union (EU) is not going to reduce oil and gas imports from Russia, simultaneously keeping them from other sources, European Union’s High Representative for Foreign Affairs and Security Policy Josep Borrell told a press conference on EU-Russia relations on Wednesday, adding that Europe’s hydrocarbons consumption will go down significantly as it applies its new climate and energy policy.
“No, we didn’t say that we are going to selectively reduce the imports of gas or oil or reduce imports from Russia and keep the imports from other sources,” he said. “But in general terms if we do apply what we said we are going to apply in the area of climate and energy consumption of hydrocarbons is going to go down significantly, especially oil, this applies to all suppliers, it will affect Russia because it is one of our suppliers,” Borrell noted.
“It is not just Russia, there is nothing that is focusing on Russia, but it will be one of the repercussions of our decision to consume less,” he added.
Earlier, Borrell presented a new EU’s guidance on Russia based on three principles – “to push back, constrain and engage” Moscow, “with the aim of moving towards a more constructive engagement and political commitment by the Russian leadership.”
The European Union plans to reach zero carbon footprint of its economy by 2050, for doing which it intends to bring the role of “clean” energy sources to almost 40% of its energy consumption by 2030.