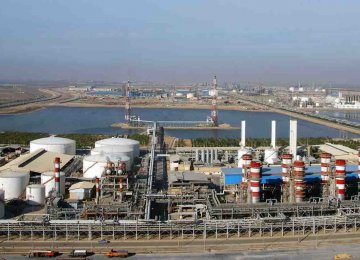 In a sign that green hydrogen is becoming mainstream, three large energy and chemical firms—Ineos, Repsol, and TotalEnergies—have unveiled initiatives worth billions of dollars to make hydrogen in Europe using renewable power.
Ineos plans to spend $2.3 billion on green hydrogen projects at its facilities in Norway, Germany, and Belgium over the next decade. Longer term, the company is eying projects in the UK and France.
Ineos says its first project will be to construct a 20 MW electrolyzer at its site in Rafnes, Norway, that will run on alternative energy. The hydrogen will be used as a fuel for transportation in Norway. And in Koln, Germany, Ineos will build a 100 MW electrolyzer that will make hydrogen as a raw material for ammonia.
Ineos says it is well positioned for such a program because its Inovyn polyvinyl chloride business is already Europe’s largest operator of electrolysis plants that make chlorine, hydrogen, and caustic soda. Ineos says it makes 400,000 metric tons (t) of hydrogen at its chemical plants annually.
Ineos is also trying to spur demand for hydrogen. It has launched a hydrogen-awareness campaign in the UK, buying up billboards in London and Glasgow. And Ineos’ automotive division plans to use Hyundai fuel-cell technology for an upcoming version of its Grenadier 4×4 vehicle.
“Hydrogen is a dream fuel,” Ineos chairman Jim Ratcliffe said in announcing the campaign. “You can heat your home with it. You can drive your car on it. Burn it and all it produces is energy and the only byproduct is water.”
Separately, the Spanish energy firm Repsol says it plans to spend nearly $3 billion on hydrogen projects by the end of the decade. It aims to be producing the equivalent of 1.9 GW worth of electrolysis-based hydrogen by then.
Repsol is planning electrolyzers around Spain, including in Bilbao, Cartagena, and Tarragona. Additionally, the company aims to produce hydrogen from biogas sources such as municipal solid waste. And Repsol has ambitions to deploy a photoelectrocatalytic technology to make hydrogen from water and sunlight.
France’s TotalEnergies says it is participating in Offshore Wind Power, a consortium that wants to build an industrial-scale green hydrogen facility on the island of Flotta in Scotland. TotalEnergies and anther partner in Offshore Wind Power, Macquarie’s Green Investment Group, have also proposed a 2 GW wind farm west of Scotland’s Orkney Islands.
According to a new report from the International Energy Agency, global electrolyzer capacity to make hydrogen doubled over the past 5 years to reach 300 MW this year. About 40% of this capacity is in Europe. Some 390 projects, in various stages of development, could bring the total to nearly 90 GW by 2030, representing about 8 million t of hydrogen production.