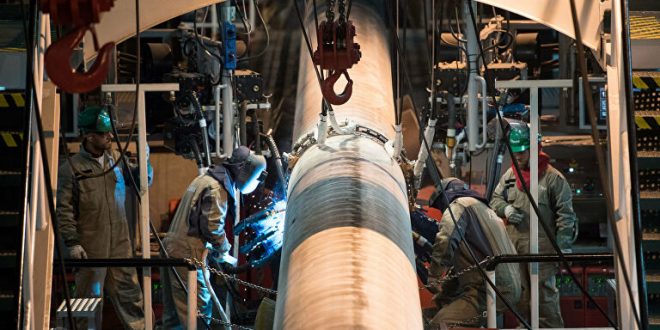 European natural gas futures extended Monday’s gain as traders weigh fresh risks to winter supplies.
Dutch front-month prices rose as much as 5.6% after Royal Dutch Shell Plc canceled several liquefied natural gas shipments after an outage in Australia, which will intensify global competition for spot cargoes. Traders are also waiting to see if the Nord Stream 2 pipeline from Russia to Germany could face more U.S. sanctions and further delays because of a political spat over Ukraine.
A senior American administration official said U.S. President Joe Biden will use a video call with Russian President Vladimir Putin on Tuesday to warn Moscow against invading Ukraine or risk severe economic penalties. Biden also spoke with European leaders about the Russian military build-up on Ukraine’s borders, according to the White House.
Dutch gas traded as high as 95 euros a megawatt-hour by 8:47 a.m. in Amsterdam. While the contract has retreated from a record 162 euros in October, analysts and traders expect prices to remain high through the winter as the continent’s gas inventories are at their lowest in more than a decade.