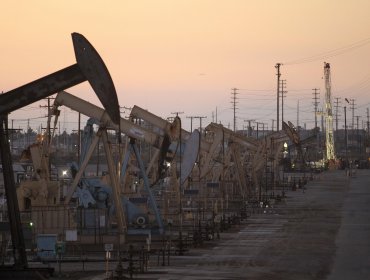 European Lockdowns Upset the Math of the Oil Market

The global oil market looks set for a challenging time in the coming weeks as a combination of negative factors bears down on crude prices. Fortunately, policymakers have tools at their disposal to mitigate the impact and ensure prices do not drop again like they did at the height of the April chaos.
The reimposition of lockdowns in Europe, and the relentless rise in COVID-19 cases in many parts of the world, sent energy analysts back to their calculators to assess what it all meant for fragile global demand. They agreed it could not be good, but there was a wide area of disagreement as to the extent of the demand destruction.
At the same time, production from Libya has come back surprisingly strongly, and could put as much as 1 million bpd back on the market by the end of the year. Iraqi output also appears to be rising, according to a survey by Reuters. Both these trends threaten to disrupt the delicate calculations of OPEC+ countries, led by Saudi Arabia and Russia, about future supply.
But the big hit is coming from the demand side. Even before the UK announced a new month-long lockdown at the weekend, France and Germany had moved fast to impose new restrictions that will have serious consequences for energy demand in the continent that normally takes about 20 percent of global crude.
By some bearish estimates, France and Germany between them will consume 1.7 million fewer daily barrels next month — getting on for half of their normal demand. That is a big hit, and the main reason why Brent crude prices fell 10 percent last week to their lowest level since June, around $37 a barrel.
Some experts believe the decline will not be of that magnitude, and will be measured instead in hundreds of thousands, rather than millions, of barrels, pointing out that these European lockdowns are not as severe as in April, and that education and other activities deemed economically essential will continue.
It will be all eyes on the city traffic graphs that have become such an essential tool of the oil traders since the pandemic’s impact began in earnest. Car activity in European cities normally jumps sharply as the winter nears, but this year that may not be the case. A cold winter, increasing domestic demand from working-from-homers, might compensate to some degree.
Whether the European second wave lockdowns prove to be a bump in the road to recovery or not, serious damage to global oil demand in 2020 is guaranteed. It now looks likely that the world will consume closer to 90 million bpd on average this year, way down on the pre-pandemic level of 100 million. Getting to the 95 million forecast by OPEC over the course of the Northern hemisphere winter is looking very demanding.
Against this gloomy backdrop, OPEC+ has some serious thinking, and talking, to do. Later this month there is a meeting of ministers monitoring oil market status, followed by a full gathering that can take substantive decisions on output policy.
As things stand, by the terms of the historic agreement in April, OPEC+ is committed to bringing an extra 2 million barrels back onto world markets in January. But that timetable was agreed when many people still believed in prospects for a “V-shaped recovery” that have evaporated now, at least until sometime next year and a possible vaccine.
In these circumstances, it would seem prudent for OPEC+ to delay the new supply levels, at least until global markets rebalance further. In the current unprecedented times, flexibility and pragmatism are at a premium.

Previous Oil Investments are Drying up as Crude Demand Falters
Next Iran’s 7-Month Non-Oil Exports Stand at $18.2b