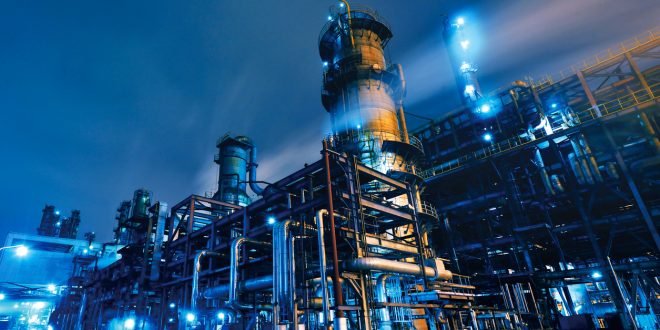 Refiners in Europe are processing crude at capacity—or very close to capacity—bolstered by the highest diesel margins in at least three decades, traders told Argus on Friday.
Every refinery in Western Europe not undergoing planned spring maintenance has ramped up throughput as refining margins for most fuels, especially diesel, are very high amid a distillate crunch in Europe following the Russian invasion of Ukraine.
Refineries that were idled in 2020 amid the COVID-induced slump in demand are also returning online. France’s TotalEnergies, for example, told regional authorities that it would restart its 222,000-barrel-per-day Donges refinery on the Atlantic coast next week after a shutdown of a year and a half, Argus reported earlier this week.
Commenting on TotalEnergies’ refining business, chief executive Patrick Pouyanné said on the Q1 earnings call on Thursday:
“So I’ve never seen such a diesel crack. It’s clear that sanctions on Russia for petroleum products will obviously impact this market, because Europe is relying on Russian diesel, we import from Russian diesel.”
“For our activity and for refining businesses, of course, it’s even more important that our refineries in Europe are all running…So all our refineries will be run at full capacity for the second quarter very soon,” Pouyanné added.
The diesel crunch in Europe due to the sanctions on Russia has upended the oil product markets globally. Diesel refining margins have quadrupled since the beginning of the year as major buyers of diesel are either shunning all energy products coming from Russia or expecting some kind of embargo on Russian oil.
In a very tight market for distillates, Middle Eastern crude producers are ramping up diesel exports to Europe, which would alleviate the crunch and offset the loss of supply from Russia.
Meanwhile, Europe risks being exposed to a “systemic” deficit of diesel supply that could worsen and even lead to rationing of fuel, the top executives of the world’s largest independent oil traders said last month. Diesel stocks globally were already low even before the Russian invasion of Ukraine, but the shortage has now been exacerbated by the lower global diesel supply from Russia.

Previous Europe to Phase out Russian Fossil Fuels; Look for Sustainable Options
Next France Shuts down 50% of Nuclear Reactors amid Energy Crunch