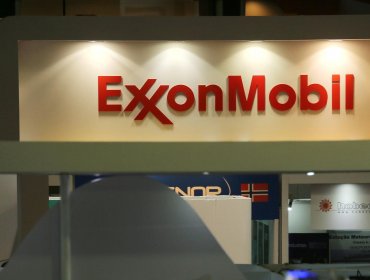 ExxonMobil announced that it has made two oil discoveries at Fangtooth-1 and Lau Lau-1 in the Stabroek block offshore Guyana.
The Fangtooth-1 well, which was drilled in 6,030 feet of water, is said to have encountered approximately 164 feet of high-quality oil-bearing sandstone reservoirs. Lau Lau-1, which was drilled in 4,793 feet of water, found approximately 315 feet of high-quality hydrocarbon-bearing sandstone reservoirs, according to ExxonMobil.
The company noted that these discoveries will add to the previously announced recoverable resource estimate for the block of 10 billion oil equivalent barrels.
“Initial results from the Fangtooth and Lau Lau wells are a positive sign for Guyana and continue to demonstrate the potential for the country’s growing oil and gas sector, ExxonMobil and our co-venturers in the Stabroek block,” Mike Cousins, the senior vice president of exploration and new ventures at ExxonMobil, said in a company statement.
“The Fangtooth discovery is a successful result of our strategy to test deeper prospectivity, and the Lau Lau discovery adds to the large inventory of development opportunities in the southeast part of the Stabroek block,” he added in the statement.
“Both discoveries increase our understanding of the resource, our continued confidence in the block’s exploration potential, and our view that the many discoveries to date could result in up to 10 development projects,” Cousins went on to say.
Also commenting on the finds, Hess CEO John Hess, said, “we are excited to announce two more significant discoveries on the Stabroek Block”.
“Both discoveries further underpin our queue of future low cost development opportunities. We continue to see the potential for at least six FPSOs on the Stabroek Block in 2027 with a production capacity of more than one million gross barrels of oil per day, and up to 10 FPSOs to develop the discovered resources on the block,” Hess added.
ExxonMobil announced that it had increased its estimate of the discovered recoverable resource for the Stabroek Block offshore Guyana to approximately 10 billion oil equivalent barrels back in October last year. The updated resource estimate included a discovery at the Cataback-1 well, which brought the total significant discoveries to more than 20 within the Stabroek Block, ExxonMobil highlighted in a company statement at the time.
ExxonMobil affiliate Esso Exploration and Production Guyana Limited is the operator of the Stabroek block with a 45 percent interest. Hess Guyana Exploration Ltd. holds a 30 percent stake in the asset and CNOOC Petroleum Guyana Limited holds the remaining 25 percent interest.
According to ExxonMobil, more than 3,200 Guyanese are now employed in supporting project activities. The company notes that it and its key contractors have spent more than $540 million with more than 800 local companies since 2015.