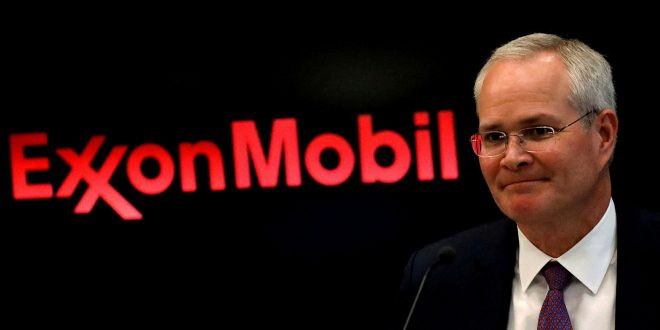 Dissident shareholders of ExxonMobil have won two seats on the company’s board of directors. The election “will likely force it to alter its fossil-fuel focused strategy and more directly confront growing shareholder concerns about climate change,” according to The Wall Street Journal.
Fossil fuels are probably on the decline long-term, as solar power becomes cheaper and battery storage more effective. Although I’m personally doubtful we’ll ever completely stop burning hydrocarbons, it’s worth imagining that world. What an oil company should do, though, is not obvious. Shifting the company into renewable energy, such as wind and waves in addition to solar, is not the clear best strategy.
A simplistic vision is that ExxonMobil should change from thinking of itself as an oil company to being an energy company. Then it would go whole-hog into renewables. A more realistic approach would ask, “What are the corporation’s strengths?” I’m not familiar with what minor projects the company may have, and it’s possible they have some expertise in renewables, but let’s view this as an instructional exercise. What should a hypothetical oil company with no experience with renewables do in a world that is reducing dependence on fossil fuels?
A baseline for operating a company in a dying industry is to produce cash. Stop making long-term investments, implement efficiency improvements that will pay off in a few years, and use cash to buy back shares or pay dividends. Spin off any subsidiaries that may have long-run potential.
The baseline is not necessarily the best choice, but it’s the standard against which all other strategies should be judged. Corporate loyalists hate to consider what was once a mighty company going into runoff mode. But reality is reality, and there’s no fighting it. At least, no chance of winning a fight against reality.
Chemical processing is undoubtedly an ongoing operation even if we don’t burn fossil fuels. ExxonMobil’s chemicals business contributed 13% of the companies revenues in 2020. The carbon in oil or natural gas can be locked into plastic products without contributing directly to climate change. Right now, though, natural gas is burned to create the high heat needed for the chemical production process, but other energy sources could be used in a world that had stopped burning hydrocarbons. A reasonable strategy for this division would be figure out how to use renewable energy sources here. This may sound implausible, but the world wants plastics. Someone will find a way make them.
A company is more than its current land and physical facilities. The expertise of its people is often a great asset. Our hypothetical oil company should snoop around its various offices for ongoing opportunities. Geology is probably a great expertise. The staff could be challenged: Can you find stuff in the earth other than fossil fuels? The people may have noticed possible deposits of various minerals as they were looking for oil and gas. I don’t know enough about geology to assess this approach, but some seasoned geologists should be asked what they could do beyond oil and gas.
An oil company’s downstream operations run tanker trucks to gas stations around the country. Is that the base for some other kind of distribution? Or can its experience with safety enable it to help other users of dangerous chemicals handle them properly? Can existing tank farms be repurposed?
A good general rule would be to avoid investing in projects one knows nothing about. Your typical oil company is not skilled in wind or solar or wave energy, nor in battery technology. Even if fossil fuels are in decline, paying out cash to shareholders is certainly a better strategy than jumping into a new field for which the company lacks experience. Just because solar has something to do with electricity does not mean that a shrinking oil company should enter the field. It makes the same amount of sense as beginning operations in medical devices or hotels.
Admitting that a company is out of date is hard, but it’s what hard-headed business leaders will do in a dying industry.