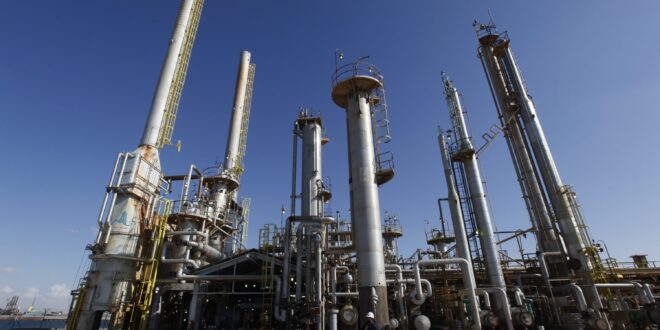 French Ambassador to Libya, Mostafa Mihraje, has called for establishing a joint committee between the French Petroleum Institute and the Libyan oil sector, expressing the readiness of his country’s companies to provide technical assistance on this side.
Mihraje held talks with Libya’s Minister of Oil and Gas, Mohamed Aoun, which focused on issues related to developing the oil and gas sector in Libya, a readout from the Ministry of Oil and Gas said.
Aoun stressed the importance of drawing on the experience of the French Petroleum Institute in developing the oil industry, including raising the efficiency of Libyan cadres and exploring new areas.
The French diplomat presented his vision for cooperation in this field, highlighting that the contribution of French companies to the Libyan oil industry goes back more than half a century.
He reaffirmed his country’s continued support for Libya’s stability as its security is vital to the Mediterranean region, as he put it.
The ministry said there was a convergence of views between the two sides and that the French ambassador called for providing an opportunity for more meetings for the benefit of both countries.