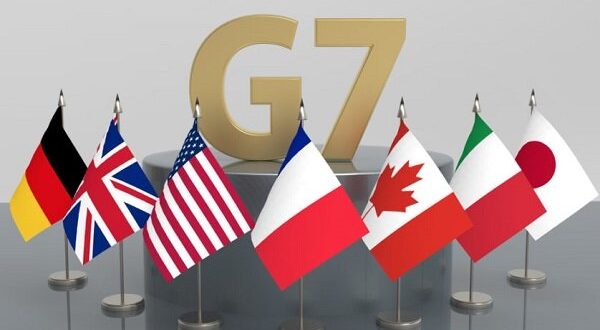 G7 will not Pay Rubles for Russian Gas

The countries of the Group of Seven announced they have rejected the Kremlin’s demands that Russian gas be paid for using Russian rubles, Reuters reported.
Last week, Russian President Vladimir Putin suggested that “unfriendly” countries would be required to pay for gas using rubles.
“I have decided to implement a set of measures to transfer payments for our gas supplies to unfriendly countries into Russian rubles,” Putin stated.
On Monday, German economy and climate protection minister Robert Halbeck stated, “all G7 ministers have agreed that this is a unilateral and clear breach of existing contracts.”
Speaking after a virtual conference with his G7 counterparts, Habeck noted that the ministers, “underlined once again that the concluded contracts are valid and the companies should and must respect them … payment in rubles is unacceptable, and we call on the companies concerned not to comply with Putin’s demand.”
“Putin’s attempt to divide us is obvious, but – as you can see from this great unity and determination – we will not be divided,” he added.
The G7 is comprised of the United States, Japan, Germany, Britain, France, Italy and Canada.
Speaking ahead of the EU Summit in Brussels last week, Slovenian Prime Minister Janez Janša explained, “I don’t think anyone in Europe really knows what the ruble looks like. No one will pay in rubles.”