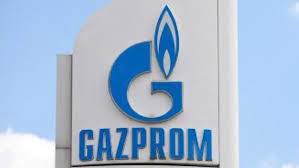 A backlog has accumulated for Russian gas shipments via Ukraine destined for Moldova, and if it persists, shipments will be reduced beginning Nov. 28, according to Russian energy company Gazprom on Monday.
Gazprom said the quantity of gas delivered to the Sudzha transit point in Russia for Moldova “is higher than the amount of gas shipped from Ukraine to Moldova.”
The company explained that 42.9 million cubic meters of natural gas would be shipped from the Sudzha port on Tuesday.
On May 10, Ukraine halted shipments at the Sohranivka distribution point, through which one-third of Russia’s natural gas bound for Europe passes, leaving the Sudzha point as Europe’s sole transmission route for Russian supplies.