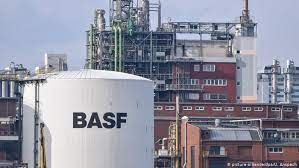 BASF announced that the company will bundle its renewable-energy activities under BASF Renewable Energy from 1 January 2022.

The company will focus on supplying the BASF Group in Europe with electricity from renewable energies, European electricity trading activities and provide global consulting and expertise on renewables for BASF and group companies.

BASF expects that by gradually replacing electricity from fossil generation, from own production as well as purchase agreements, and scaling innovative, climate-friendly technologies to an industrial scale, its electricity consumption in Europe will increase from 9 terawatt-hours a year from fossil fuels to at least 3 to 4 times as much from renewable sources to reach its 2050 net zero goal.

The company is based in Ludwigshafen and will be managed by Horatio Evers, who was previously responsible for the development of renewable energies at BASF.
Horatio Evers, Managing Director of BASF Renewable Energy, said:
• As the leading company in the chemical industry, we are already one of the largest industrial electricity consumers in Europe
• Due to the conversion to renewable energy as well as the launch of new, low-emission production processes based on electricity, our demand will increase significantly in the future
• The reliable and efficient supply to BASF with sufficient quantities of electricity from renewable sources at competitive prices is necessary for the implementation of our goals and the achievement of the targeted climate neutrality
BASF has initiated various projects in the renewable area and signed specific agreements in recent months.
Examples include a contract with Vattenfall to acquire a 49.5 % stake in the Hollandse Kust Zuid wind farm with a total capacity of 1.5 GWs and a 25 year electricity supply contract to purchase 186 MWs of capacity from Ørsted’s planned Borkum Riffgrund 3 offshore wind farm in the German North Sea.