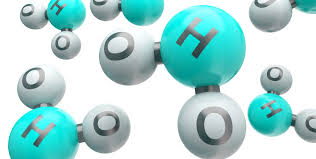 The new German government unveiled plans last week to massively increase the ambition of its national hydrogen strategy. There is just one caveat: fossil gas-based hydrogen likely won’t be included in subsidy schemes, despite demands from the oil and gas industry.
Clean hydrogen is seen as a potential silver bullet to decarbonise industries like steel and chemicals, which cannot fully electrify and need energy-dense fuels to generate high-temperature heat for their industrial processes.
The European Commission says it will play a key role to achieve the EU’s climate goals, saying that 24% of global energy demand in 2050 could be met with clean hydrogen.
“We need a massive ramp-up of hydrogen,” explained Vice-Chancellor Robert Habeck on 11 January in Berlin. The steel industry alone would require five times more hydrogen than currently planned for in all sectors, he added.
To achieve this goal, Germany will double its hydrogen electrolyser capacity from 5GW to 10GW in 2030 as part of its upcoming “easter package” of legislation, Habeck explained.
Habeck wants to speed up production by rapidly implementing the €8 billion worth of hydrogen “Important Projects of Common European Interest” (IPCEI), establishing additional subsidy schemes, and offering companies “Carbon Contracts for Difference” to de-risk their investments.
The legal framework will also be adjusted to maximise the production, transport and use of so-called green hydrogen, which is made by splitting water molecules into oxygen and hydrogen using renewable electricity.
“We are also committed to this at the European level,” according to Habeck’s climate protection opening balance, which singles out the establishment of certification systems as one aspect of EU legislation where Berlin will now favour green hydrogen.