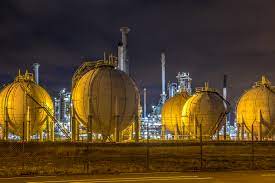 Germany may have to take drastic measures such as gas rationing if levels of gas in storage drop below 40% by February 1st next year, according to the German Federal Network Agency, which will enact such measures if necessary.
Germany’s gas storage sites were 99% full at the start of the heating season and the onset of colder weather in November. As of November 23, Germany’s gas storage was 98.95% full, according to data from Gas Infrastructure Europe. The gas drawdowns are now set to accelerate as winter progresses.
If gas storage levels drop to below 40% by February 1, this would be considered a critical level, Klaus Müller, the president of the German Federal Network Agency, Bundesnetzagentur, said on Friday.
The critical gas storage level could trigger a further response for energy conservation in Germany, including a possible gas rationing.
Germany is currently in a stage-two level of alert and could go into a level-three emergency if gas stocks fall to critically low levels.
The situation with Germany’s gas supply will be tense if gas storage is between 40% and 55% full by the beginning of February, the head of the regulator Müller said during a webcast as quoted by Reuters.
Germany’s energy regulator insists that “significant” gas and energy savings are necessary to avoid a winter of rationing and gas emergency.
Households, industry, and businesses need to cut consumption by at least 20%, the regulator’s head Müller said in October. Germany may be unable to avoid a gas emergency this winter if all consumers don’t significantly cut consumption in Europe’s biggest economy, the regulator and its president have said multiple times since the summer.
If the coming winter is colder than usual, Germany could see severe nationwide gas shortages, which it will not be able to predict more than two weeks in advance, Müller said in September.