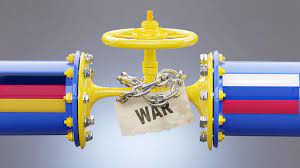 The energy crisis in Germany risks becoming more severe in the coming days as wind power generation will dip amid low wind speeds this week, according to a Bloomberg weather model.
Wind power generation is set to be lower than usual through the first week of July, posing yet another challenge to power generation in Europe’s biggest economy, which is already suffering from a decline in natural gas deliveries from Russia via the Nord Stream pipeline.
The forecast of still weather for the next week sent German day-ahead power prices rising by over 3 percent on Wednesday to nearly reach the highest level since March, according to Bloomberg’s estimates.
Germany, which relied on Russian gas for 40 percent of its gas consumption before the war in Ukraine, is now scrambling for solutions after Moscow slashed supply to major EU consumers, including Germany and Italy, citing “technical reasons.” Germany and Italy dismissed Gazprom’s reasons for the lower flows and said the move was politically motivated.
Last week, Germany even triggered the second phase of its three-phase gas emergency plan as it braces for the possibility of a complete halt of gas supplies from Russia via the Nord Stream pipeline.
Nord Stream is slated for regular maintenance for two weeks in July, which will halt gas deliveries via the pipeline. EU members fear that the maintenance could be an excuse from Russia to further lower or completely stop supply.
The benchmark gas prices in Europe rose again on Wednesday as mainland Europe expects supply to deteriorate further. France, which relies on nuclear power for most of its electricity generation, has a lot of reactors out of operation now because of prolonged maintenance.
Europe’s gas prices are the only commodity prices to have increased—by a lot—since the U.S. reported a higher than expected inflation on June 10, per data from Saxo Bank and the Bloomberg Commodity Subindices. Since June 10, the gas price at the Dutch TTF hub, the benchmark for Europe, has surged by 55% due to risks of further supply shortages.